The Associated Press reports that the young dog, whose name was Grizz and who was being trained to detect explosives by New Zealand’s Aviation Security Service, ran loose for more than three hours on the tarmac and interrupted at least 16 flights.

Airport staff tried to entice the 10-month-old bearded collie and German short-haired pointer mix off the tarmac with toys, food and other dogs before calling in the New Zealand police.

News of the dog’s death sparked outrage in New Zealand, where some said the animal should have been tranquilized instead.

“This is not an outcome which anyone wanted,” she said. 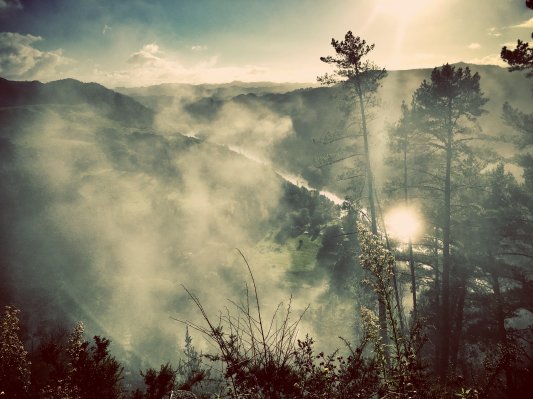 New Zealand Recognizes River as a 'Living Person'
Next Up: Editor's Pick