Moderate Republican lawmakers are rallying behind an effort to change the imperiled GOP plan to replace Obamacare, by seeking to increase federal dollars to lower-income people buying insurance.

Rep. Carlos Curbelo of Florida said on Thursday that he has been planning with House moderates and South Dakota Sen. John Thune about making the refundable tax credits for poor insurance-buyers more generous. Moderates in the House have been hurriedly lobbying leadership and working out the details of their proposed changes.

The effort is intended to soften the blow the GOP replacement bill would have on poorer and elderly earners.

“My goal and what I’ve been working on the last few days is to target those tax credits more to people who really need the help,” Rep. Curbelo said in an interview.

Under Obamacare, individuals on the insurance markets receive federal subsidies according to their income, with poorer people receiving larger subsidies. For example, a family of four in central Tennessee making $40,000 a year would receive more than $26,000 per year to cover the cost of insurance on the individual market.

But under the new Republican plan, individuals would get assistance based on age, with a max of $4,000 for individuals aged 60 and over. For the same family in Tennessee, if the parents were in their 40s, they would instead receive $10,000 per year — a $16,000 shortfall that would likely make their insurance unaffordable.

Overall, the plan would reduce subsidies to buy insurance by around 36%, according to an estimate by the Kaiser Family Foundation, but it would particularly reduce help for low-income and the elderly.

“The tax credit are not sufficient for many lower- and moderate-income working Americans who are currently being subsidized, and those tax credits are particularly insufficient to the 60 to 64 age-range,” said Rep. Charlie Dent of Pennsylvania, a co-chair of the moderate Tuesday Group.

The smaller tax credits are a sticking point for moderate Republicans. The congresswoman in a district neighboring Curbelo’s, Rep. Ileana Ros-Lehtinen, said earlier this week she would not support the House bill because it cuts off aid to many of her constituents.

The challenge for moderates is that larger tax credits on the low end could end up sinking the repeal effort by making it too unpopular among conservatives. Conservatives see the tax credit as another costly entitlement program, and instead want to reduce insurance premiums by eliminating more regulations.

“It was already a big ask to get the refundable tax credits,” said Rep. Mark Walker, chair of the Republican Study Committee, which has more than 150 members. “I don’t think [expanding them] would be supported by members of the RSC.”

The moderates are working with ideas that would include either increase federal spending, or redistributing tax credits that would go to middle income earners — like those making over $50,000 — and using those credits for poorer families.

Around 7% of all households in Curbelo’s district in southern Florida receive subsidies under Obamacare, making it one of the top three Obamacare-receiving subsidies counties in the country. The GOP replacement bill would gut the assistance for many of those voters, even while middle income voters would see benefits.

For those in swing districts with many Obamacare beneficiaries, voting to repeal of those benefits could hurt them at the ballot box when they run for reelection in 2018.

The Tuesday Group in the House has been taking its case daily to leadership in the House and Curbelo said he is working with Thune, the third-ranking Republican in the upper chamber, to make the changes.

“We think the House bill lays a great foundation and what we’re hoping to do is improve upon that by helping to deliver the benefit to the people we think are going to need it the most,” said Thune in a CNBC interview this week. Sen. Bill Cassidy of Louisiana also voiced concerns about the tax credits.

Thune and other Republicans want to see the changes made in the House bill before it goes to the Senate. Curbelo said he wants to see the tax credits work more according to income and would consider asking for greater federal expenditures to pay for it.

“We know that insurance companies issue premiums based on age, so we do think that it is a valid factor to include. But income is also fundamental as far as I’m concerned because we want to make sure the people who need it [get it],” Curbelo said.

The House Rules Committee will consider the GOP bill next week. In the meantime, moderates as well as conservatives in the Freedom Caucus will be trying to make changes to it. 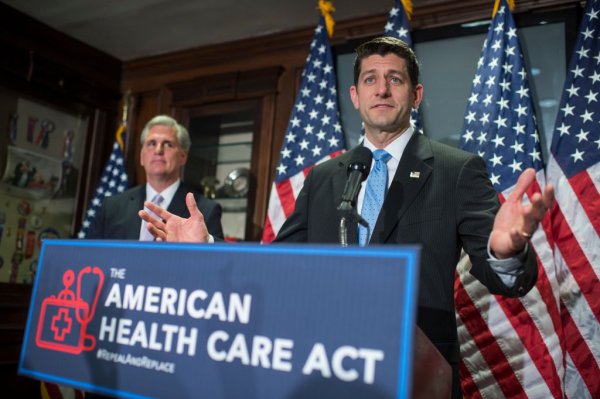 14 Million Could Lose Out Under GOP Health Care Plan
Next Up: Editor's Pick