An actor who played one of the Power Rangers in the kids’ television series pleaded guilty to voluntary manslaughter for stabbing his roommate to death with a sword.

Ricardo Medina Jr. admitted on Thursday that he killed Josh Sutter in January 2015, the Los Angeles Times reports. The two roommates got into a fight at their home in Green Valley, Calif., according to a statement from the Los Angeles County district attorney’s office.

They began fighting over how Medina’s girlfriend parked her car, according to the Times, and when Sutter confronted Medina, the former Power Ranger stabbed him multiple times before calling 911.

Now Medina faces up to six years in state prison when he is sentenced later this month, prosecutors said. He entered his plea Thursday in Antelope Valley court, one year after he was charged with murder. 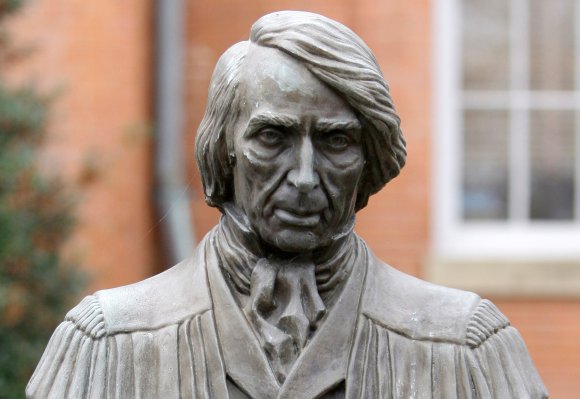 Maryland City to Remove Statue of Supreme Court Justice
Next Up: Editor's Pick