James O'Neill stands with former New York City Police Commissioner Bill Bratton (left) and Mayor Bill de Blasio at a news conference where it was announced that Bratton was stepping down and O'Neil would take over as Commissioner on August 2, 2016 in New York City.
Spencer Platt—Getty Images
By Abigail Abrams

The cuts could impact everything from active-shooter training to intelligence analysis to bomb squad equipment, police said at a briefing with New York City Mayor Bill de Blasio on Thursday.

“Under the president’s proposal, nearly all federal funding to the NYPD would be eradicated,” James P. O’Neill, the New York City police commissioner, said during the briefing. “This funding is absolutely critical. It is the backbone of our entire counter-terrorism apparatus.”

As the nation’s largest city, New York has long been a target for terror attacks. Law enforcement officers have also had to work to protect First Lady Melania Trump and her son Barron, who still live at Trump Tower in Manhattan.

The Trump administration has defended its budget cuts as getting rid of unnecessary programs to accomplish his campaign promises. But O’Neill says the proposed changes would make the president’s home town less safe.

“It is the cornerstone of effective preparedness and prevention against terrorist threats, and enables us to do all we can do to keep this city secure,” O’Neill said. “Everyone who lives in, works in, and visits New York City — this money’s critical to keeping everybody safe.”

O’Neill said the proposed federal budget would cost the NYPD about $110 million, which it receives annually through the Homeland Security Grant Program, according to the Washington Post.

He added that New York City continues to be a top terror target, and said: “Simply put, we cannot afford to cut corners in fighting terrorism.” 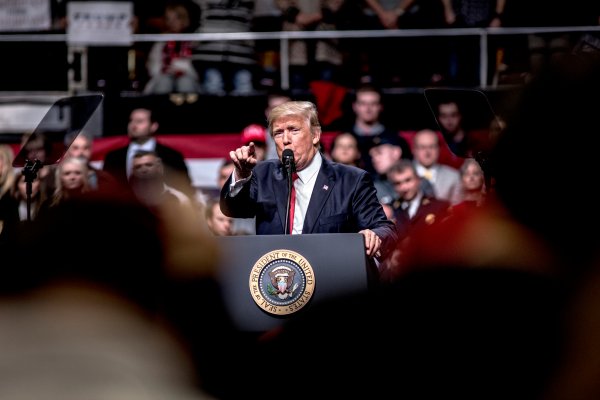