How Internships Can Increase Your Odds of Landing a Good Job

Answer by Erin Berkery-Rovner on Quora.

Absolutely. There are a few things that you gain in an internship that will increase the odds of landing a good job that go beyond the experience you gain.

The thing is that while you’re studying at college, you learn theory, and skills and critical thinking, but that doesn’t mean you can implement them on the job. Now, you’re probably reading that sentence and thinking “Of course I can implement them on the job” but to an employer, how do they know that? If you’ve had even just one internship, then they see that as proof that you know how things work on the job.

When there’s a pile of resumes (and for entry level jobs we’re usually talking in the 100’s) the ones that were forwarded by Bob in Accounting or Barbara the SysAdmin usually go to the top of the pile. If you don’t intern you will by default have fewer contacts than the people who do.*

Let’s say you’re doing group work at a university and one of your group members is just not participating. You have a few different ways of solving this, but a lot of students would (eventually) go to their professor. But what happens if you’re at work and instead of a group member, another team (who is critical to your work) is not responding. There is no professor to go to, and so you have to problem solve in a different way.

Also, let’s face it, interns always end up doing things that they don’t want to do-it teaches them about working with difficult people, grunt work and how sometimes [pick your annoying intern task here, whether it’s photocopying, or taking notes in a meeting or the dreaded ‘getting coffee’] shows you that somebody needs to take notes, or copy in certain situations.

You may love [whatever skill set you’re studying] but that doesn’t mean that you’ll love working in an open space layout (as many people do) but what if your skill set and niche mean that you would end up working at a place where you’re working in an open space layout? No class will talk about that-even in Experiential Education classes (which are for internships) they only touch on them for one class day-and it’s not even the full subject of the class. So where else would you find your preferences. And once you know your preferences, you start to tailor your classwork, experience and other things to try to get you into an environment, company or organization you want.

Most people perceive entry level employees a certain way-and it’s not always flattering. It can be difficult to get used to, depending on who you report to, how big the team is, how much diversity is on the team. Most people produce their best work when they don’t feel that everyone around them assumes that they’re entitled. And some co-workers are very dismissive of entry level employees-and it’s hard to not react to that and keep yourself professional. People treat interns worse-sometimes not even learning their names and calling them ‘Intern’ and if you can produce top quality work in that environment then you can do it in an entry level job.

*Unless you’re quite good at networking or are working in a similar industry to where you’d like to work.

This question originally appeared on Quora: Do internships significantly increase the odds of landing a good job? 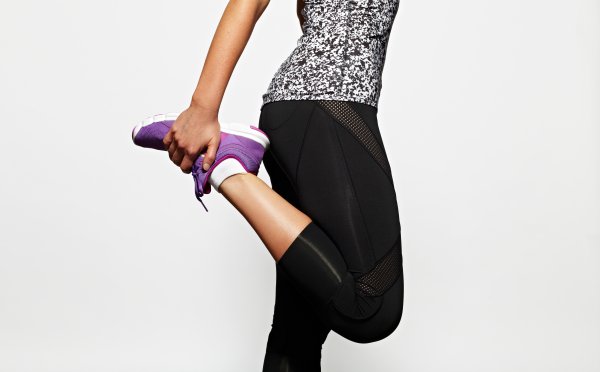 Why You Should Try Vibration Exercise
Next Up: Editor's Pick