By the time President Barack Obama left office, half of his senior staff was comprised of women — up from only one-third in the early days of his administration.

But in those early days, it wasn’t easy being one of the few women in the White House boys’ club — especially if you were in desperate need of a tampon.

Just ask Alyssa Mastromonaco, former deputy chief of staff for operations to President Obama, who describes how she brought about the installation of the West Wing’s first-ever tampon dispenser in her new book, Who Thought This Was a Good Idea?: And Other Questions You Should Have Answers to When You Work in the White House.

After enduring an “Oh my God, oh my God, no no no” menstruation moment during a dinner with her fellow female senior staffers — a moment that saw the destruction of her favorite pair of J.Crew capris — Mastromonaco says she “made it my mission to get a tampon dispenser in the West Wing women’s bathroom.”

“If we were truly serious about running a diverse operation and bringing more women into politics, we should give the office a basic level of comfort for them,” she writes. “Even if you had to pay a quarter, it would be better than menstruating all over the Oval.”

Mastromonaco didn’t have to fight to have the tampon dispenser installed — her request was granted immediately and with no objections — but she felt proud nonetheless.

And “since they didn’t engrave the tampon dispenser with ‘Made possible by Alyssa Mastromonaco,’ ” she writes, “I wanted to leave a record of it somewhere.”

Mastromonaco’s debut memoir, due out March 21, is brimming with these kind of humorous, behind-the-scenes anecdotes, as well as up-close-and-personal moments with Obama that shed new light on who he is as a leader, man and friend.

There’s the time Mastromonaco and Obama passed some time reading PEOPLE magazine on a road trip to a fundraiser in Rhode Island. And the time then-Sen. Obama asked Mastromonaco if she was “angry with him” because she referred to him as “Senator Obama” instead of “Barack.” (“He was not one who engaged in or enjoyed formality,” she explains.) And the multiple times Obama tried to play matchmaker for his then-single assistant.

Mastromonaco, who worked for Obama for almost a decade, since his tenure as a junior senator from Illinois, says he “enjoyed gossiping about [her] dating life (or lack thereof).”

She also recalls how, during his 2008 presidential campaign, Obama urged her to ask out a staffer to then-Sen. Tom Harkin. “Look, he was into you!” Obama insisted. “You have to email him, and if you don’t, I will.” (Mastromonaco ultimately emailed the staffer, and ended up getting a few dates out of it.)

Another time, during an event at the home of Lawrence Bender, producer of Quentin Tarantino films, Obama told her he had “found someone” for her, and that she should “get off the couch and come be social.” (That “someone” turned out to be Bender himself, and she stayed on the couch.)

But the president’s most successful matchmaking effort was when he introduced Mastromonaco to Mindy Kaling at a dinner. The two women are still friends. (Kaling even blurbed her pal’s book, calling it “full of juicy stories from one of the world’s most glamorous jobs.”)

But it seems she has a friend for life in the president, who gave her a painting of a landscape in Iowa as a parting gift.

And when Mastromonaco’s beloved cat Shrummie died in 2015, she got a call from Air Force One — it was the president, who was on his three-day trip to Alaska.

“I heard we lost Shrummie today,” he said. “There are a lot of sad faces up here on Air Force One right now. You should know — I’m pretty sure we saw his spirit up here over Denali.”

In the grand scheme of all the “really sad calls” Obama had to make while in office, Mastromonaco said she “knew she did not rank.” But she tearfully told the president she appreciated his call.

“He’s been around since the beginning,” Obama replied. 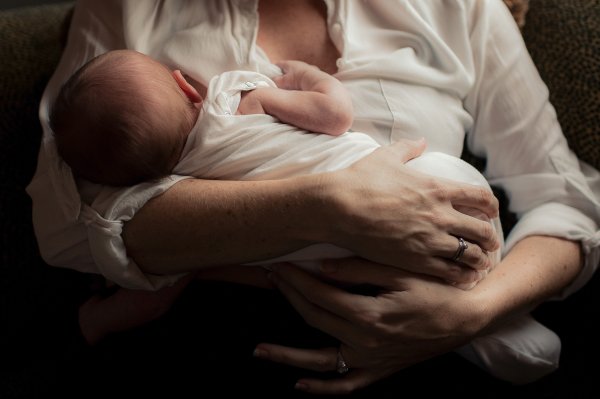 Moms Are Getting Breastfeeding Tattoos to Celebrate Nursing
Next Up: Editor's Pick