Following President Donald Trump’s unsubstantiated claim that Barack Obama wiretapped Trump Tower during the 2016 election, Samantha Bee delved into the recent increased focus by Trump supporters on the existence of the “deep state.”

During Wednesday episode of Full Frontal, Bee took it upon herself to unpack criticism among Trump supporters some of whom have discussed a “shadowy bureaucracy” — the host told viewers that it’s really just a collection of “career bureaucrats” leftover from the Obama administration.

She continued: “Think of them as passengers on a bus that’s now being driven by a feral, paranoid monkey,” she joked. “They’re not trying to kick him out of the driver’s seat – they know we chose the monkey to be the bus driver because Hillary Clinton used e-mail and was a woman, and they respect that. They’re just trying to turn the wheel slightly…so we don’t run over a cliff.” 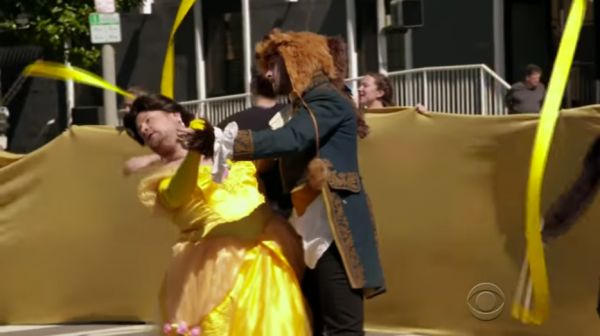