President Trump’s loose lips may have sunk his own travel ban, again.

In placing a temporary restraining order on the revised version of a Trump executive order restricting entry from Muslim majority countries, a federal judge in Hawaii cited quotes from several TV and print interviews of Trump and his surrogates.

A second federal judge in Maryland made a similar case on Thursday in a second restraining order.

“These statements, which include explicit, diret statements of President Trump’s animus towards Muslims and intention to impose a ban on Muslims entering the United States, present a convincing case that the First Executive Order was issued to accomplish, as nearly as possible, President Trump’s promised Muslim ban,” wrote District Judge Theodore D. Chuang.

Although the judges cited several quotes, three in particular seemed to cause problems by suggesting that the first and second executive orders stem from the same motive as Trump’s campaign proposal to bar Muslims. Trump’s response to the restraining order may end up causing even more trouble down the road.

Here’s a look at the three key quotes from Trump and his allies that hurt the ban.

‘A total and complete shutdown’

Quote: “Donald J. Trump is calling for a total and complete shutdown of Muslims entering the United States until our country’s representatives can figure out what is going on.”

Why it matters: Trump’s original idea for a travel ban was targeted entirely at Muslims, something the executive order’s critics say is a clear violation of constitutional guarantees of freedom of religion.

‘Show me the right way to do it’

Quote: “So when he first announced it, he said ‘Muslim ban.’ He called me up. He said, ‘Put a commission together. Show me the right way to do it legally.'”

Why it matters: Trump’s first executive order barring travel from seven Muslim-majority countries was narrower than a Muslim ban, but Watson cited this quote to argue its motive was the same.

Quote: “Fundamentally, you’re still going to have the same basic policy outcome for the country, but you’re going to be responsive to a lot of very technical issues what were brought up by the court.”

Why it matters: Trump’s revised executive order attempts to address judicial criticism of the first order, but Watson highlighted this quote to note it was coming from the same place.

Trump doesn’t seem to have learned his lesson, either.

Speaking at a campaign rally in Nashville on Wednesday night, he blasted “judicial overreach” and argued that the revised travel ban was just a “watered-down version of the first one.”

Norm Eisen, a former ethics lawyer in the Obama White House who is a critic of Trump, said that quote in particular was “digging a grave” for the revised travel ban and might even hurt a future attempt. 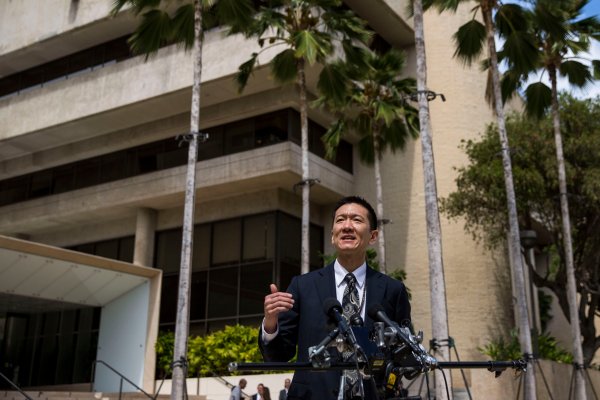