What Man, and Climate Change, Has Wrought

Man-made famines are behind the largest humanitarian crisis since 1945.
Albert González Farran—AFT/Getty Images
By Aryn Baker

In South Sudan in Mid-March, rebel forces kidnapped eight locals working for U.S. charity Samaritan’s Purse. But instead of demanding a traditional ransom, a military spokesperson said on March 13, they asked for food deliveries. That’s how bad things have become in parts of the nation, where the world’s first famine since 2011 was declared last month. On March 10, U.N. humanitarian chief Stephen O’Brien warned that more than 20 million people face starvation in Yemen, Somalia, South Sudan and Nigeria, in what he says is the largest humanitarian crisis since 1945.

The concurrent famines have a common, disturbing theme: they are man-made, precipitated by conflict and perpetuated by political jockeying. In South Sudan, civil war has kept farmers from their fields for three years. According to the U.N., 4.9 million people are in urgent need of food and other assistance, but the corrupt government is charging aid agencies up to $10,000 in visa fees per foreign aid worker.

In northern Nigeria, the terrorist group Boko Haram has displaced more than 2 million people, many of whom are now in camps where there is not enough water for drinking and bathing, let alone planting crops. The Nigerian military has succeeded in pushing the insurgents back, but the threat of terrorist attacks and army operations keeps people cut off from emergency food supplies. The U.N. reports that 7.1 million people are “severely food insecure” in parts of the north as well as in neighboring Cameroon, Chad and Niger.

A multiyear drought threatens an estimated 19 million people in Yemen, where a two-year insurgency and naval embargo make aid distribution all but impossible. And Somalia is beset by continuing attacks by the Islamic militant group al-Shabab and the lingering effects of the country’s last famine, in 2011.

Humanitarian groups also blame the crisis on an unusually intense El Niño weather pattern, which further threatens another 32 million people across southern Africa. They say it is an early sign of how climate change will impact the region. In an era when we have the technology and resources to stop people from starving to death, failing to plan is another way to cause a man-made famine. 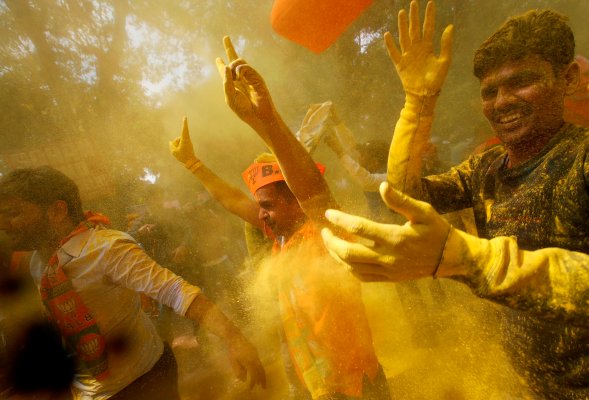 A State Election In India Reinforces Narendra Modi's Grip on Power
Next Up: Editor's Pick