In what’s believed to be a world first, New Zealand’s government has granted a river the same rights as a living person.

The Whanganui River, considered part of the living landscape by the indigenous Whanganui Iwi people associated with it, has been granted legal personhood under a parliamentary bill, reports local news service Newshub. Two representatives from the local indigenous community — one appointed by the government, another elected by the community — will be entrusted with acting in the river’s interests.

The Whanganui Iwi have fought for this day for over 160 years, an indigenous MP told Radio New Zealand. “From a Whanganui viewpoint the wellbeing of the river is directly linked to the well-being of the people,” said Adtian Rurawhe, “and so it is really important that’s recognized as its own identity”

“I know some people will say it’s pretty strange to give a natural resource a legal personality,” Treaty Negotiations Minister Chris Finlayson said, according to Newshub. “But it’s no stranger than family trusts, or companies, or incorporated societies.”

In the precolonial era, the Whanganui River was a vital communication route for Maori people and it navigability attracted large-scale settlement in the Whanganui River valley. When colonists arrived, it was the most densely populated part of what is today called the North Island. For these reasons, the area is rich in Maori history and culture. 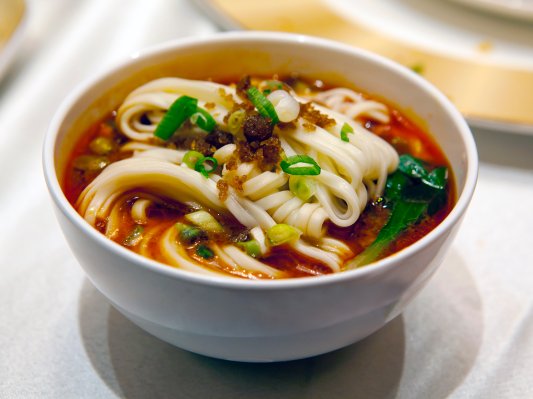 This Office Hero Cooked a Whole Gourmet Meal at Her Desk
Next Up: Editor's Pick