Immigrant and refugee advocates are cheering a Hawaii judge’s decision to block President Trump’s revised ban on travel and refugee resettlement from going into effect.

Becca Heller of the International Refugee Assistance Project, who argued against the order in a Maryland court on Wednesday, said the ruling is especially good news for hundreds of refugees.

On a conference call hosted Wednesday night, Heller said there are at least 250 refugee families that are in the process of trying to get into the U.S. The judge’s ruling also restores the 110,000 refugee cap set by President Obama, which means some 60,000 more refugees could be resettled into the U.S. if the judge’s ruling holds. President Trump had ordered that that number be knocked down to 50,000.

“Yes, it will be some work on the part of civil society to build back up, but not nearly as much work as it would have been to knock everything down,” she said.

Advocates said the ruling impacts people across all sectors–from students hoping to return home to doctors starting residency programs and family seeking to reunite with spouses, siblings, and children.

“At the crux of this so much of the fight has been about the court cases,” said Marielena Hincapié of the National Immigration Law Center. “But really this is about human beings who are risking their lives to come to the United States.”

After the previous battle over the travel ban, the White House spent weeks crafting a new version to address the issues raised in federal court. There was even a 10-day delay in its implementation, which officials said was meant to ensure a smooth roll-out. But Judge Derrick Watson of Hawaii found that the revised order would have the same effect as the old one, and cited Trump administration officials who said so to justify his conclusion.

During a rally on Wednesday night, Trump decried the ruling and defended a previous version of the executive order that was also stalled by the courts.

“A judge has just blocked our executive order on travels and refugees coming in to our country from certain countries,” he said. “The order he blocked was a watered down version of the first order that was also blocked by another judge that should have never been blocked to start with. This new order was tailored to the dictates of the 9th circuits, in my opinion, flawed ruling.”

Trump went on to argue that the previous order should have been kept in place, saying he reluctantly ceded requests to revise it.

“He should just keep talking because he is making our arguments for us,” Hincapié said in response to Trump’s statements on Wednesday night’s call.

The saga of the refugee and travel executive order is far from over. Trump said Wednesday he plans to appeal, vowing to take it to the Supreme Court if necessary. 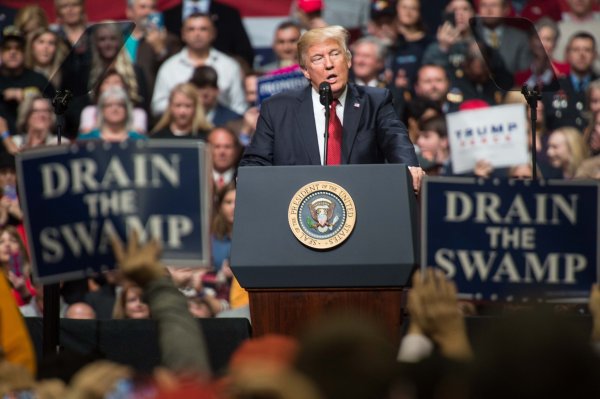