New York City Wants Everyone to Read This Book

For the first time, the Mayor’s Office of Media and Entertainment is asking all New Yorkers to band together to read the same book; Chimamanda Ngozi Adichie’s 2013 novel Americanah.

The book, about a young Nigerian woman arriving to study in the U.S. and confronting new realities about race, gender and culture, won the 2013 National Book Critics Circle Fiction award.

All New Yorkers will be able to access the audiobook for free for 90 days on Scribd. Copies have also been provided to each of the city’s library branches, which will celebrate with their own programming. Special events will also take place around the city in collaboration with BuzzFeed, a partner on the project.

“I’m so happy that my novel Americanah is the winner of the ‘One Book, One New York’ program,” Adichie said in a statement. “Whether you check it out from your local library, pick up a copy at your local bookstore, or even start your own book club to read along with friends, I hope you enjoy Americanah – which I like to think of as a book about love, immigration, race, hair, and so much more.”

Nearly 50,000 votes were cast around the city in choosing the book, which went up against Between the World and Me by Ta-Nehisi Coates, The Brief Wondrous Life of Oscar Wao by Junot Díaz, The Sellout by Paul Beatty and A Tree Grows in Brooklyn by Betty Smith. 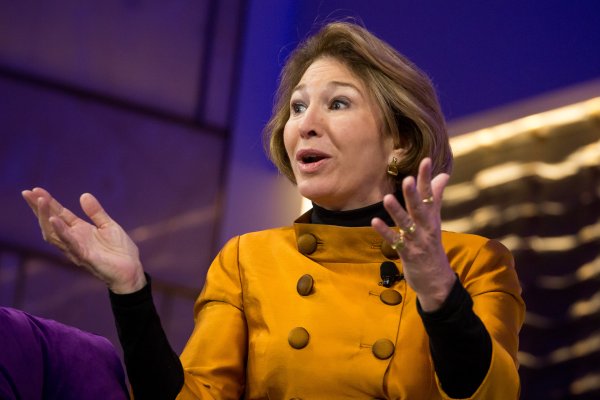 7 Questions With Anne-Marie Slaughter, CEO of New America
Next Up: Editor's Pick