Biopic Actor on Playing Young Hillary Clinton: 'She’s Not Afraid of Being Intimidating'

Addison Timlin accepted the role of Hillary Clinton in the upcoming When I’m a Moth biopic when the winner of the 2016 election was yet to be determined. Now, the 25-year-old actress is discussing what it was like to portray a young version of the Democratic nominee after such a contentious race.

“I was so, so heartbroken,” Timlin told Buzzfeed of Clinton’s loss. “I was so sad for her. Playing her and thinking about her and reading about her and listening to her when she was a young woman, she is f—ing remarkable…I don’t think any of us expected what happened to happen — but in that way, it kind of gives the movie another shape.”

Set in 1969, during the gap year Clinton spent working in Alaska after graduating from Wellesley College, Timlin says When I’m a Moth will explore how the beginning of Clinton’s career shaped her as a politician. 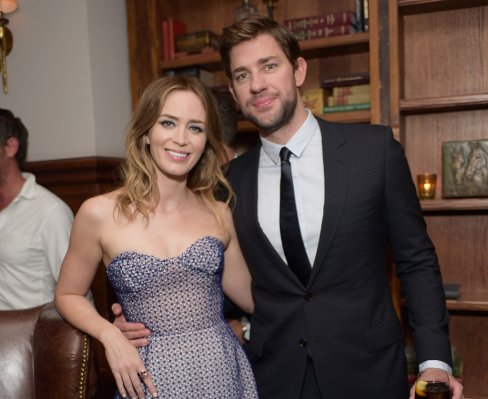 John Krasinski and Emily Blunt Are Finally Starring in a Movie Together
Next Up: Editor's Pick