Women Photograph, a database launched by photographer Daniella Zalcman to promote the representation of female photographers in the industry, has launched two grants to finance new or in-progress projects.

The main grant, supported by the Pulitzer Center and worth $5,000, is directed at mid-career, established women photographers, while three other grants worth $2,500 each and financed by the camera-bag company ONA will go to emerging visual journalists.

“These grants are meant to in some small way help elevate the voices of female (and non-binary) visual journalists,” Zalcman tells TIME. “The main grant is another tool to help women work on the stories that are most important to them — which is always an integral part of developing a voice as a photographer.”

She adds: “While the Women Photograph database is only open to photographers with five or more years of experience, I deeply believe in the need for more structured support for emerging female photographers, whether in the form of mentorship or funding for independent projects, so I hope the emerging photographer grants will help support a few young journalists who have the passion and the drive to go work on their own projects but maybe lack the institutional support.”

The new grants — applications for which open on April 1 — come at a time when the representation and treatment of women photographers in the industry is under intense debate. 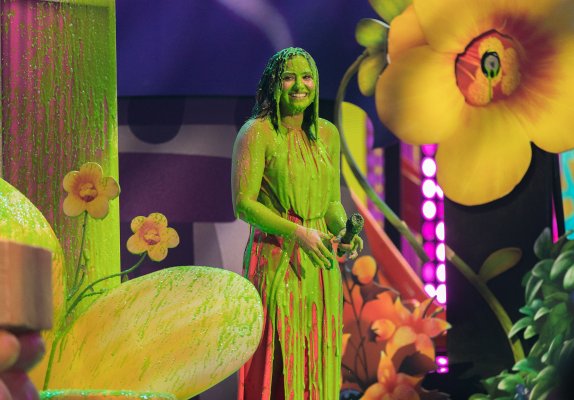 Watch Kevin Hart and Demi Lovato Get Slimed in Green Goo at the Kids' Choice Awards
Next Up: Editor's Pick