Players on the Bucknell bench celebrate at the end of the team's NCAA college basketball game against Lehigh for the Patriot League tournament championship in Lewisburg, Pa., on March 8, 2017. Bucknell won 81-65.
Chris Knight—AP
By Sean Gregory and David Johnson

The men’s basketball team from Bucknell University, a private liberal arts college with some 3,600 students in Lewisburg, Pa., has enjoyed a run of success over the past 12 years. On Thursday, the 13th-seeded Bison will make their fifth NCAA tournament appearance since 2005 when they take on West Virginia, a No. 4-seed, in the first round. Back in 2005, Bucknell shocked Kansas in a memorable first-round upset; the next year, the Patriot League school earned a No. 9-seed, and beat Arkansas, before losing in the second round.

Still, the Bison have never advanced to the Sweet 16 and are unlikely to make a deep run this year, either. But they can boast about one title none of the other 68 teams can claim: If the NCAA tournament played out in the classroom, rather than on the court, Bucknell would win the national championship. According to annual academic performance rankings compiled by the think tank New America, and shared exclusively with TIME, the small Pennsylvania college is the 2017 NCAA Tournament academic champions.

The complete results, published first at TIME, are below:

Here’s how it works:

The base score is a school’s most recent basketball Graduation Success Rate (GSR), a figure measured by the NCAA that doesn’t penalize schools for having players who transfer or go pro before graduating–as long as those players leave in good academic standing. The higher a team’s graduation success rate, the higher they start out in the rankings. (Bucknell is one of 12 tournament teams with a 100% graduation success rate. Vermont, Winthrop, Princeton, Butler, Notre Dame, Middle Tennessee, Dayton, Duke, Creighton, Villanova, and Kansas are the others.) New America subtracted points from schools that graduate men’s basketball players at a much different rate than the overall men’s graduation rate at the school. To compare students to athletes, New America relied on federal graduation rates, since there’s no graduation success rate for the general student body. (The federal rate takes a cohort of students from 2006-2009, and measures if they graduated within six years). Even if a school graduated basketball players at higher rates than the overall male population, the difference was counted as a penalty against schools that have low overall graduation rates. Schools were awarded an added bonus for having high overall rates.

One important caveat: Ivy League schools and the military academies do not report federal graduation rates for their sports programs. So Princeton, which faces Notre Dame on the court Thursday, does not qualify for these rankings.

Just like in the basketball tournament, a team’s performance in the academic competition depends on the luck of the draw. Take Butler. According to New America’s model, Butler’s men’s basketball team turned in the fourth-best classroom performance out of all the schools in the tournament. But Butler drew Winthrop, the third-ranked school, in the first round: Butler, then, gets bounced from the academic tournament early. The Bulldogs surely deserve better. Blame the NCAA selection committee.

Villanova owns the the top overall seed in the tournament, and a No. 1 seed has never lost to a No. 16 seed on the court. That all changes in the academic battle: No. 16 Mount St. Mary’s bounces ‘Nova out of the East region in the first round, on account of its solid 79% graduation success rate, and a federal graduation rate for basketball players that matches the overall male rate of the school.

The lowest-ranked men’s basketball team in the academic tournament, according to New America, is UCLA. The Bruins have a 50% graduation success rate, and a 20% federal rate. The overall male population at UCLA graduates at a significantly higher rate (89%) than the basketball team, giving the Bruins a significant penalty.

UCLA, led by outstanding freshman guard Lonzo Ball, could go far in the Big Dance. But the academic victors, like Bucknell, are also worth cheering. 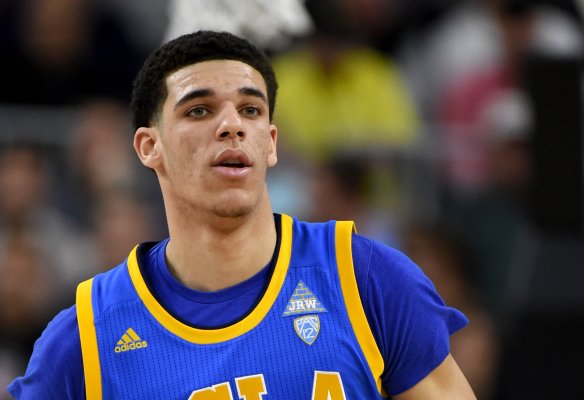 How One Family Is Beating the NCAA at Its Own Game
Next Up: Editor's Pick