Humpback Whales Have Formed New 'Super-Group' Crews Without You

In just one more instance of the unpredictable events of 2017, scientists have noticed that some humpback whales are gathering in puzzling “super-groups” of up to 200 animals, instead of their usual small crew.

The majestic whales, known for their annual migration, are generally considered pretty solitary, even their migratory pods have tended to be small, under a dozen.

Not so any longer.

“I’ve never seen anything like this,” said Ken Findlay, the lead author in a new study out of South Africa’s Cape Peninsula University of Technology analyzing their mysterious behavior in recent years. They’ve been found off the southern African coast gathering in groups between 20 and 200 whales as they devour their fishy prey.

“[N]o such dense feeding aggregations have been reported elsewhere in low or mid latitudes during Southern Hemisphere humpback whale migrations. Indeed, aggregations of whales of this size have seldom been reported in the literature, with ‘large’ groups often numbering in the range of 10 to 20 or less,” Findlay further explained.

There are a few other weird things going on with the humpbacks, too. For starters, they weren’t even normally supposed to be in South Africa in the summer months; that’s when they usually make their way all the way south to Antarctica. Further, despite heavy whaling that endangered their population in the 19th and 20th century, humpback populations have made a dramatic and comeback in recent years, potentially influencing their feeding habits and migration patterns. 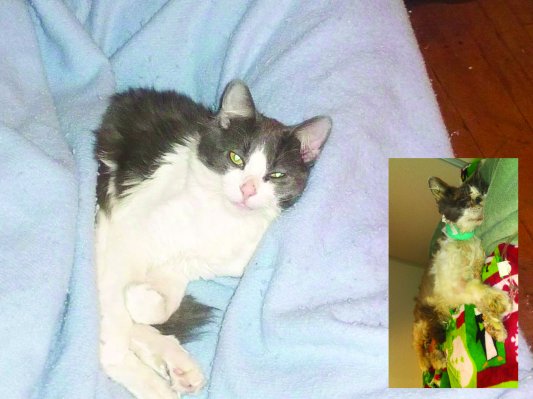 ‘What We Saw Broke Our Hearts.’ Family Mourns Cat Tortured With Hot Glue
Next Up: Editor's Pick