'It's 2017.' Ewan McGregor Has No Time for Fuss Over Beauty and the Beast's 'Gay Character'

Ewan McGregor has a lot on his plate right now with both T2 Trainspotting and Disney’s live action version of Beauty and the Beast both hitting theaters on Friday. He’s a busy man and doesn’t have time for the fuss over the gay character in Beauty and the Beast.

McGregor, who plays Lumière, everyone’s favorite candlestick, in the Disney film, stopped by The Late Show and when Stephen Colbert asked him about the some of the controversy over Josh Gad’s character, Le Fou, who director Bill Condon said was gay, McGregor provided the vocal equivalent of rolling his eyes. “He’s a gay character!” McGregor told Colbert. “It’s 2017, for f–k’s sake!”

The real shocking revelation was that McGregor admitted that he has never seen the original animated version of the film. “I have never seen it, the original. Is it good?” McGregor asked. Colbert couldn’t quite believe the sacrilege he was hearing. “How could you possibly avoid Disney?” Colbert wondered. “How did you escape from the black hole that is ‘Be Our Guest?’” 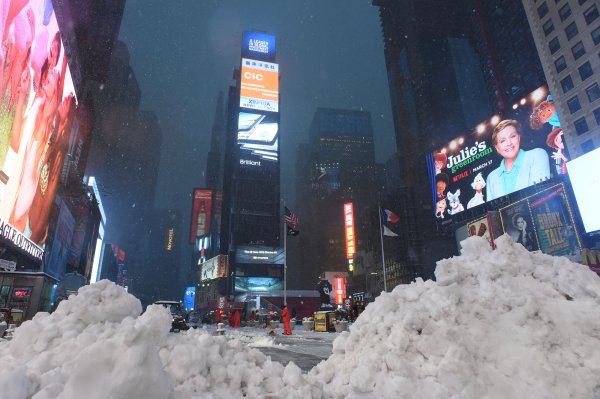 See How People Totally Cleaned Out These Grocery Stores for Winter Storm Stella
Next Up: Editor's Pick