Former Speaker of the House Newt Gingrich blasted the Congressional Budget Office’s report on the Republicans’ Obamacare replacement plan Monday and called for the CBO’s abolishment.

“They should abolish the Congressional Budget Office,” Gingrich told Fox News host Martha MacCullum on The First 100 Days. “It is corrupt. It is dishonest. It was totally wrong on Obamacare by huge, huge margins. I don’t trust a single word they have published, and I don’t believe them.”

The former Speaker called the CBO’s scoring system “disgustingly wrong,” and proposed replacing the office by “putting out to bid and having three to five professional firms score these things.”

According to the CBO’s report, up to 14 million people could lose their health-insurance coverage by 2018 under the American Health Care Act — the GOP replacement of Obama’s Affordable Care Act — and that number could rise to 24 million by 2026. The report also suggested that proposed funding cuts to Planned Parenthood under the act would lead to more unplanned births.

The CBO is a nonpartisan agency that provides analysis of the budgetary and economic effects of legislation. It has long been relied on by policymakers to give estimates of the impacts of congressional action. 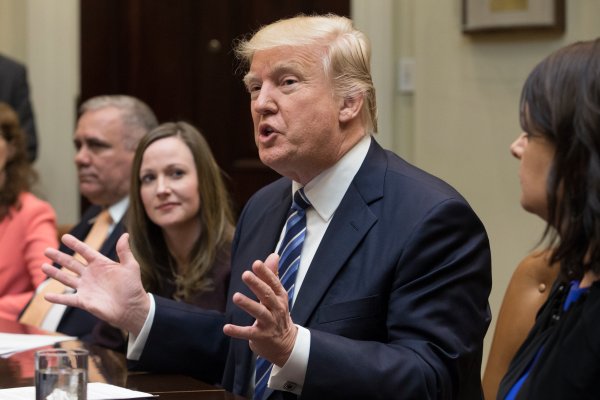 President Trump Wants to Hear Your Obamacare Complaints
Next Up: Editor's Pick