Women who undergo fertility treatments but don’t get pregnant have an increased risk of developing heart disease later in life, according to a new study. But the overall risk for women in the study was low, and the authors say their findings should not discourage people from seeking reproductive assistance.

The study, published in the Canadian Medical Association Journal, looked at data on more than 28,000 women, with an average age of 35, who received fertility treatments from 1993 through 2011 and were followed until 2015.

Two thirds of these women did not become pregnant in the 12 months following their treatments. Compared to those who did have babies, these women were 19% more likely to later experience a stroke, heart failure or other cardiovascular event.

There’s not a lot of data on the long-term health impacts of assisted reproductive technology, the authors say. But observational studies have suggested a link between increased ovarian hormone levels—a result of most fertility treatments—and complications during pregnancy like high blood pressure, blood clots and gestational diabetes.

“Serious effects like these are rare, but we wondered whether they might just be the tip of the iceberg,” says lead author Dr. Jacob Udell, scientist at the Institute for Clinical Evaluative Sciences and cardiologist at the Peter Munk Cardiac Centre and Women’s College Hospital. “It’s unclear to us whether these same things are happening in a lot of women at a very low level, and whether they might manifest themselves later in life.”

The difference in cardiovascular risk between the two groups was mostly seen in the first five years following fertility treatments. Women who had a prior miscarriage had a particularly high risk.

Udell stresses, however, that the absolute risk for all of the women in the study was low. About 10 cardiovascular events occurred for every 1,000 women who didn’t get pregnant, versus 6 events for every 1,000 who did. Because this is the first study to report such an association, it should still be validated with other research.

“We don’t want to alarm, and we certainly don’t want the take-home message to be that we should stop doing these treatments,” he says. “But I think it’s an opportunity for women to reflect on potential heart-disease risk factors—either at the time of fertility treatments or later in life—and to discuss them with their physicians.”

Dr. Alan Copperman, director of the Division of Reproductive Endocrinology and Infertility at Mount Sinai Hospital in New York City, has several concerns with the study’s findings. Most importantly, he says, fertility treatments today are dramatically different than they were in the 1990s and early 2000s when much of the study data was collected.

“I would want to make sure we’re comparing apples to apples,” says Copperman. “Two decades ago we might have taken a patient through six or 10 or 12 rounds of hormones and insemination and pills and shots.”

Today, he says, the average patient gets about 10 days of injectable medications, and the majority of women conceive after one to two attempts. “It’s so much more streamlined, and it’s a world apart from the primitive technologies we used to use.” (Women in the study averaged three fertility cycles each, and no relationship was found between risk of cardiovascular events and number of cycles.)

Copperman points out—and Udell agrees—that women experiencing infertility might also have underlying health conditions that could affect their ability to get pregnant and their heart health. These could include polycystic ovary syndrome, obesity, high blood pressure or high cholesterol.

But the study authors say that even if failed fertility treatments are simply an early sign of future heart problems, rather than a cause, the association is important. “If we can identify women at that point who may be at increased risk for heart disease, maybe we can do something to help prevent it,” says Udell. “For young women, sometimes their first real interaction with the health-care system is during the time they’re trying to conceive.”

The authors also say their findings may become more relevant as more women delay starting a family and consider freezing their eggs. Copperman says it’s “a huge stretch,” to compare healthy women undergoing a proactive treatment to women who are having trouble getting pregnant, but Udell says he simply wants women to be informed.

For now, he says, it’s unknown whether fertility treatments affect long-term heart health or simply unmask underlying conditions—and it’s unclear what other factors might play a role. “This is a very important choice for many women, and for many women it’s the right choice,” he says. “But it’s something they should consider carefully, including the potential side effects and potential long-term risks.” 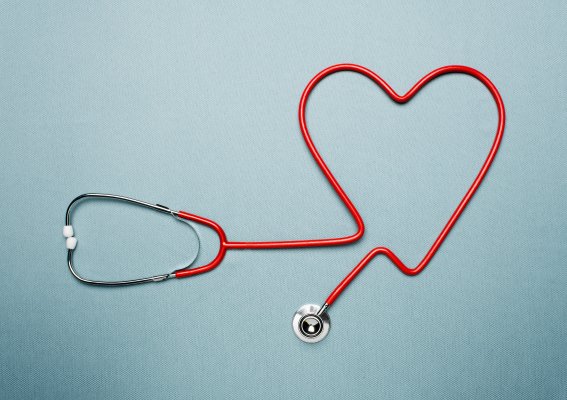 This Is How Heart Doctors Stay Healthy Every Day
Next Up: Editor's Pick