President Trump Will Lay a Wreath at Andrew Jackson's Grave

A portrait of Andrew Jackson, circa 1830
Popperfoto / Getty Images
By Ryan Teague Beckwith

President Trump will lay a wreath at the grave of President Andrew Jackson on the 250th anniversary of his birth.

White House spokesman Sean Spicer noted at a press conference Monday that Trump will visit Jackson’s tomb at The Hermitage during a visit to Nashville on Wednesday. The historic plantation, now run as a museum, will be closed to the public that day.

Trump is visiting Nashville to hold a campaign rally at the Municipal Auditorium as he promotes a Republican health care bill being considered by the House of Representatives.

It’s not the first time that Trump has singled out Jackson, a populist who often spoke about “the common man” who oversaw the Indian Removal Act, a law forcing the moving of the Cherokee nation in what became known as the “Trail of Tears.”

In January, Trump chose to hang a portrait of Jackson in the Oval Office, whom he called “an amazing figure in American history — very unique so many ways.” 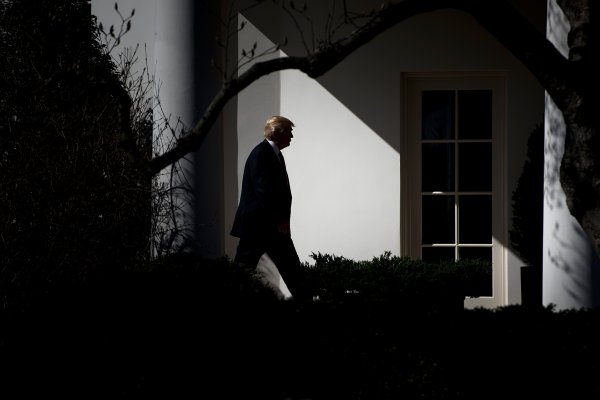 Congress Can Remove Donald Trump From Office Without Impeaching Him
Next Up: Editor's Pick