The January shooting of Muslim worshippers in a Quebec mosque is among a long string of anti-Muslim hate crimes across the West. Between 2001 and 2015, the FBI reported 2,545 anti-Muslim incidents in the United States. In 2015, there was a 67% increase, which included nearly the same number of assaults since the year of 9/11. The number of anti-Muslim groups in the USA increased in 2016 from 34 to 101 according to a report by the Southern Poverty Law Center. In European countries like the U.K., France and Spain, crimes against Muslims have spiked. The lethal hate has reached beyond Muslims themselves, too: The murder of British MP Jo Cox, who was compiling a report on the rise in Islamophobia at the time of her death, was killed by an anti-Muslim extremist who claimed to have been politically motivated.

Protecting its people is a nation’s sovereign right. But when the measures taken to secure the country appear discriminatory and senior government officials make statements describing Muslims as a “fifth column“, it seems that Islamophobia has become policy instead of safety. Meanwhile, nationalist politics have led to a rise in anti-Muslim opinions both in the United States and Europe, according to Pew Research.

Turning against Muslims doesn’t make the world any safer. Three years ago, ISIS’s chief strategists set out to destroy “the grey zone,” the peaceful co-existence between Muslims and non-Muslims in Western societies. But they could not do so alone. They needed Western societies to become unwitting partners in their plans. They sought to provoke Islamophobia through brutal acts of terrorism, which would turn Westerners against their innocent, often upstanding Muslim neighbors. This is how people like Aml Elsokary, a Muslim NYPD officer, come to experience her son being attacked by a man who then accused her of being a member of ISIS; he yelled, “I will cut your throat! Go back to your country!”

Islamophobia also plays into another of ISIS’s objectives: to weaken strategic relations between the Islamic world and the West. Strong alliances between the regions are what threaten ISIS most — and are the best hope for finding a resolution to the Syrian civil war and addressing the global refugee crisis. This is why Islamic-Western world relations cannot be jeopardized — and why the U.N. Security Council members recently called for a stronger strategic partnership between the United Nations and the Organisation of Islamic Cooperation (OIC).

We must confront the anti-Muslim sentiment driving a wedge between these two worlds. To do so, people must learn about how Muslim nations and communities themselves work against extremism and terrorism. Thirty-nine OIC member states, for example, have formed an Islamic Military Coalition to Counter Terrorism. And to address the ideological threat of extremism, the OIC has created the Centre for Dialogue, Peace and Understanding — a counter-extremist messaging center that partners with senior Islamic-world scholars from across the world, to help discredit the false religious legitimacy that groups like ISIS and Boko Haram depend upon.

The foe we are fighting is not defined according to religious, ethnic or even national lines. The true enemy is in the ideas and sentiments of hate that can hide behind the more noble ideals we hold dear.

Al-Othaimeen is the Secretary General of the Organisation of Islamic Cooperation, the world’s second-largest intergovernmental body. He was formerly Minister of Social Affairs for the Kingdom of Saudi Arabia, Secretary General of King Abdullah bin Abdulaziz Foundation for Housing Development and Director General of Prince Salman Charity Society for Orphans’ Care. 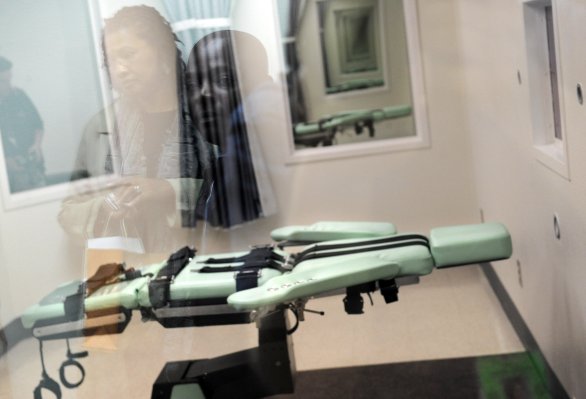 Former Warden: Arkansas Execution Rush Is Dangerous and Risky
Next Up: Editor's Pick