Boaty McBoatface Embarks on Its Maiden Voyage This Week

An Autosub called Boaty McBoatface is winched prior to the keel-laying ceremony of the new polar research ship for Britain, RRS Sir David Attenborough, which is named after him, at Cammell Laird shipyard, on October 17, 2016 in Birkenhead, England.
Christopher Furlong—Getty Images
By Julia Zorthian

Boaty McBoatface isn’t just a silly name the Internet thought up last year during a public campaign to rename a British ship anymore. Now, it’s also a yellow submarine that is tasked with finding out what kind of effect global warming is having on oceans.

The unmanned sub is part of a fleet that will start its mission this Friday in Antarctica before continuing on to the Southern Ocean, according to the National Environment Research Council.

The research group said it chose the name following last year’s viral campaign it launched to get the public’s help in naming a $300-million research ship. More than 124,000 people voted for Boaty McBoatFace, but they ultimately decided to name it RRS Sir David Attenborough after the British naturalist and broadcaster.

“The popularity of ‘Boaty’ could not be ignored, and so one of the National Oceanography Centre’s Autosub Long Range autonomous vehicles now proudly carries the name,” NERC wrote on a page dedicated to the new submarine.

Boaty McBoatface can navigate waters for multiple months and its first mission will last through April. The cutting-edge sub can dive deep enough to reach 95% of the ocean, the U.K.’s National Oceanography Center reports.

On land, a full-size inflatable version, as well as a cartoon, will continue to entertain Boaty devotees. 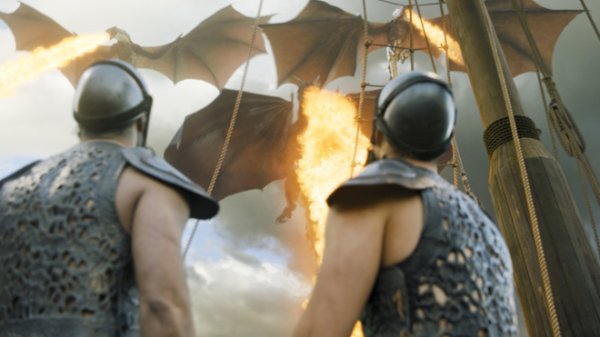 Game of Thrones Announced Its Return With an Ice Block and Everyone Had a Meltdown
Next Up: Editor's Pick