Carlos the Jackal Is Going on Trial Again

International terrorist Ilich Ramirez Sanchez (R), aka Carlos, arrives at the Criminal Court of the Palais de Justice in Paris on December 9, 2013. The trial of Ilich Ramirez Sanchez, a figure of international terrorism in the 70s and 80s, for contempt against a lieutenant of the prison administration during his appeal trial on May 22 was postponed until March 3, 2014.
Bertrand Guay—AFP/Getty Images
By Tara John

Ilich Ramirez Sanchez, known as “Carlos the Jackal” for a series of attacks in France in the 1970s and 1980s, faces trial again on Monday for the deadly bombing of a Paris shopping center in 1974.

Ramirez, who is Venezuelan and has called himself a “professional revolutionary,” has pleaded not guilty to the hand grenade attack on Drugstore Publicis, in Saint-Germain-des-Pres, which killed two men and injured 34. The 67-year-old is already serving two life terms for killings done in the name of Palestinian and communist causes, the BBC reports. If convicted in this French trial of first degree murder charges, he could get a third life sentence.

The lawyers representing the victims told the BBC that the families wanted to see him in court. “The victims have been waiting so long for Ramirez to be judged and convicted. Their wounds have never healed,” lawyer Georges Holleaux said.

Ramirez was given the nickname “Carlos the Jackal” when he was one of the world’s most hunted terror suspects. He was convicted for the murders of two police officers in Paris and of a Lebanese revolutionary, the Guardian reports. He was arrested in 1994 in Sudan, 20 years after the first attack he was accused of. 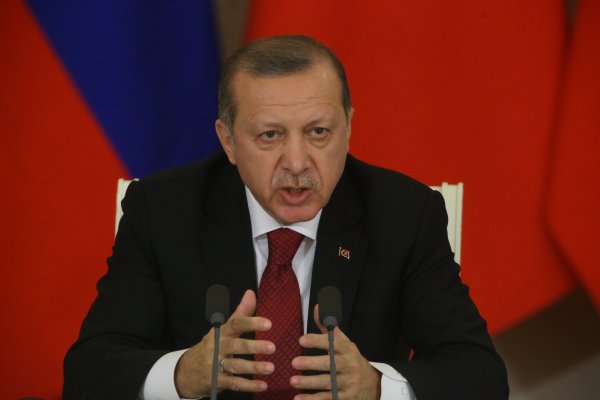 Turkey's Rift with European Nations Deepens
Next Up: Editor's Pick