The American Health Care Act (ACHA) is here and according to John Oliver it’s “the legislative equivalent of Pirates of the Caribbean 5.”

“You may not have wanted it, it looks awful, but it’s here anyway,” Oliver said on Last Week Tonight while focusing his attention on the health care bill that the GOP unveiled this week to replace so-called Obamacare. According to Oliver, the early reviews for the ACHA have been rough, with many pundits calling it “dead on arrival.” However, because there is a chance the bill will become law, Oliver wanted to ensure that people understood the impact of the bill, which as Oliver put it, cuts “ the living s–t out of Medicaid.” That provision alone could mean millions of Americans losing coverage.

Oliver also pointed out that the bill’s extensive tax cuts, which largely benefit the wealthiest citizens, are essentially “taking from the poor and giving to the rich,” according to Oliver, who dubbed it “a Reverse Bernie Sanders.” Oliver also noted the sad irony that those who have the most to lose in the repeal of the Affordable Care Act, are the same people who largely voted for Trump. “It’s like if people in Pompeii voted for the volcano,” said Oliver.

It’s not just Democrats who hate the ACHA, though. Conservatives also have a lot of problems with the bill. “The bill is universally hated in Washington,” said Oliver. “It is truly the Ted Cruz of health care legislation.” The bill is so disliked that, according to Oliver, even Donald Trump doesn’t want to put his name on the bill, which Oliver noted is surprising from a man who has put his name on almost anything.

President Trump has been fairly quiet about the health care reform bill, which does not include many of the promises he made during the campaign. Trump did state that “health care was complicated,” so to make sure that Trump knew the true impact of the health care bill, Oliver decided to air more ads on Fox & Friends. 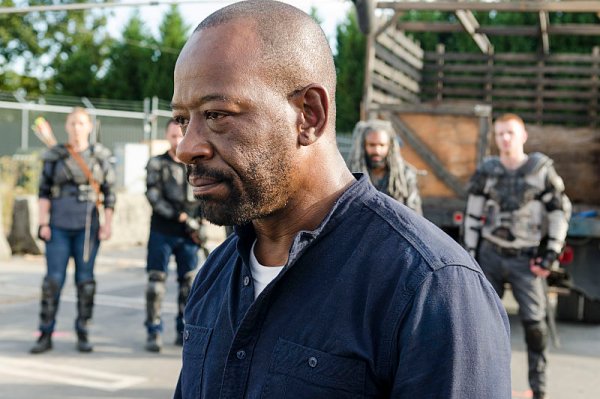 This Walking Dead Fan-Favorite Is Finally Ready to Take Down Negan
Next Up: Editor's Pick