At the annual digital, music and entertainment festival in Austin, Tex., former Vice President Joe Biden described how his role in heading up the White House Moonshot on Cancer came about — from a comment he made to former President Obama that his only regret in not running for the presidency was that he would not be able to preside over the cure for cancer. Soon after, Obama put Biden in charge of the Moonshot, an ambitious program to accelerate new treatments for cancer and encourage more innovative research to discover novel ways of fighting the disease.

“Jill and I decided to devote the rest of our lives to this fight against cancer,” Biden said at the Austin Convention Center as he described their personal reasons for wanting to see faster progress toward new therapies and even cures. The Bidens’ son Beau died of brain cancer in 2015.

Before leaving office, Biden toured some of the major cancer centers across the country, to better understand the state of cancer research and learn more about gaps in funding and challenges in introducing the next generation of cancer treatments. Since February, he and Jill have continued the Moonshot work through the Biden Foundation. The field is primarily focused on developing a new cadre of promising drugs based on the immune system; so-called immunotherapy strategies co-opt the immune system into recognizing and fighting tumor cells similar to the way they fight bacteria and viruses. They represent the next powerful weapon in cancer, but require more extensive, and expensive, testing to ensure they are safe and as effective as experts believe.

Calling upon the collected expertise in technology, science and creativity in attendance at the conference, Biden cited immunotherapy and blood-based biopsies for detecting cancer as some of the goals he hopes the Moonshot will achieve. He also highlighted some of the already established ways that people can avoid cancer in the first place, by avoiding smoking, eating healthy and exercising regularly. “We need your ingenuity,” he said. “We need you to help us reach people who need to change their behavior and avoid cancer.”

Biden also committed to working with the Trump Administration to reach the Moonshot objectives. In December, Congress passed the 21st Century Cures Act which provided $1.8 billion for the program over the next seven years.

Biden didn’t detail any new initiatives or goals for the program; so far, the former Vice President has been instrumental in bringing pharmaceutical companies together to collaborate in testing their cancer drugs in combination, and in hosting a large research data base for those working on cancer therapies so the latest results and theories can be shared more efficiently.

“I am unwilling to postpone for one day longer the things we can do now to extend people’s lives and so should you be,” he said echoing President John F. Kennedy’s inspiration for the original space program to put a man on the moon.

The talk was part of the SXSW’s Connect to End Cancer series of panels that the conference scheduled in partnership with MD Anderson Cancer Center, the AT&T Foundry for Connected Health and Merck. 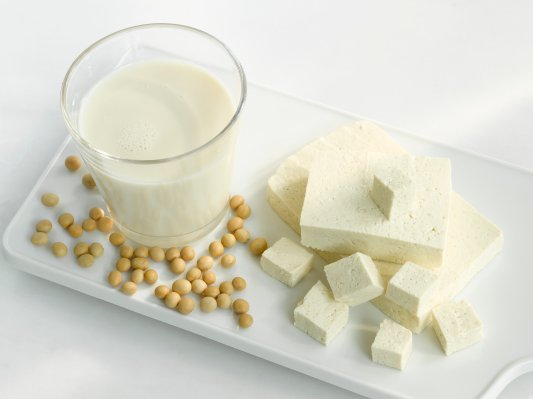 The Cancer-Soy Connection Is Getting Less Confusing
Next Up: Editor's Pick