“She’s a woman who knows what she wants — and knows what she’s doing. Complicit,” the commercial voice-over said. The ad continued, showing the First Daughter putting on lipstick in the mirror and seeing the reflection of her father, President Trump. “She doesn’t crave the spotlight, but we see her. Oh, how we see her.”

The sketch poked fun at what some refer to as Trump’s faux-feminism. “A feminist, an advocate, a champion for women, but like, how?” the commercial asked. “She’s loyal, devoted, but probably should have bounced after the whole Access Hollywood bus thing. Oh well.”

“The fragrance for the woman who could stop all of this, but won’t,” the voice-over said. 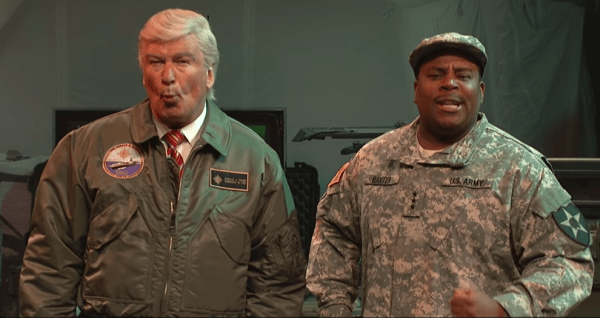 Alec Baldwin Returns to SNL as Trump
Next Up: Editor's Pick