Here's How Kristen Stewart Felt About Coming Out on SNL

When Kristen Stewart hosted Saturday Night Live in February, she casually dropped an important line in her opening monologue addressing President Donald Trump. “I’m like, so gay, dude,” she said offhandedly, and the audience roared.

In a new Entertainment Weekly story, the generally private Personal Shopper actor opens up about how it felt to share that particular piece of her personal life with the public on the Studio 8H stage.

“I’ve been talking about it for a really long time! I’ve lived pretty openly,” she told EW; she had been photographed in the last few years with girlfriend St. Vincent’s Annie Clark. The SNL moment, however, was the first time meaningful.

“I guess because it was simple and straightforward. Just — ‘I’m so gay, dude’… In that moment, to make it normal and cool and completely unashamed? It felt really cool,” she explained of the experience. And while she said she’d love to return to SNL, it remains to be seen whether she can come back after accidentally dropping the f-bomb on live television. 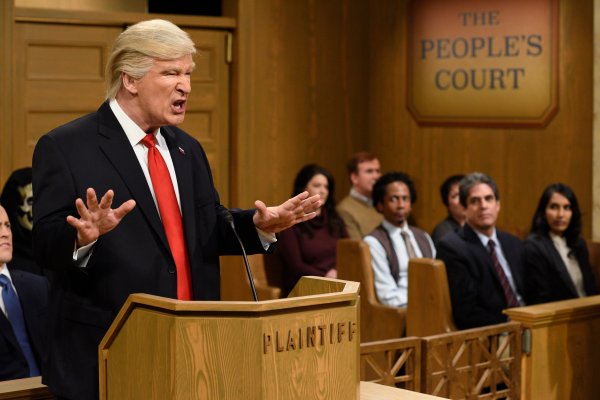 This Is the One Thing Alec Baldwin Likes About Donald Trump
Next Up: Editor's Pick