White House Press Secretary Sean Spicer inadvertently wore an American flag pin upside down during a press briefing Friday — and the internet had a field day.

Several people pointed out that the pin resembled a logo for House of Cards — including the show’s executive producer, Dana Brunetti.

“His check is in the mail,” Brunetti tweeted.

Others pondered the meaning of an upside-down American flag as a symbol of distress. According to the United States flag code, “The flag should never be displayed with the union down, except as a signal of dire distress in instances of extreme danger to life or property.”

“House of Cards promo,” someone in the press briefing joked.

“There’s no promo,” Spicer said. “Now onto your questions.” 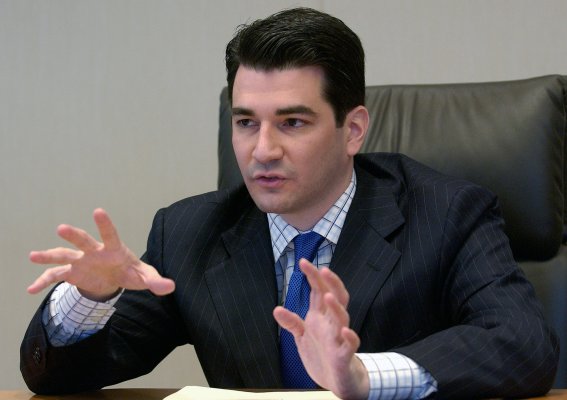 Scott Gottleib to Be Nominated to Lead FDA
Next Up: Editor's Pick