Everybody loves Beyoncé and Jay Z also known as The Carters. That’s especially true for the brains behind The Carter restaurant in Sydney, Australia, who took their passion for hip-hop’s reigning monarchs to a new level by opening a dining and cocktail venue dedicated to—and predicated on—the iconic music duo.

The Down Under destination opened in early 2017, and features design details like Beyoncé and Jay Z wall murals in the downstairs lounge and a golden Art-Deco-style lofty bar room. (Perhaps it takes inspiration from Jay Z’s 40/40 Club in Manhattan, which has similar high ceilings and gilded contemporary furnishings.) Drinks have even been named after other pop culture icons, like the cognac “Obama Out,” the vodka “Kimye,” and the spiced rum “Snoop Lion.”

“The Carter was inspired by New York’s great architecture, food and controversial entertainment,” manager Chady Khouzame told Australia’s The Music. “Jay Z and Beyonce have always been at the centre of controversy which is what inspired our hidden messages in artwork surrounding the bar and the murals on the wall in the basement.”

The place has already received a stamp of approval from one other high-profile celebrity couple: actor Rosario Dawson and comedian Eric Andre partied at the associated nightclub recently. That said, it’s unclear if the Queen and her consort themselves are aware of the venue and its homages to their images. 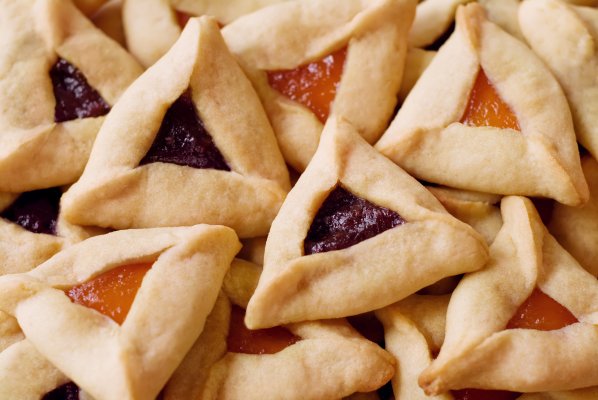 A Real Purim Story: How Hamantaschen Cookies Got Their Name
Next Up: Editor's Pick