Melania Trump Is More Popular Than Her Husband

Melania Trump is more popular than her husband, the president of the United States.

A CNN/ORC poll reported that 52% of Americans now view First Lady Melania Trump favorably, up from the 36% recorded days before Donald Trump’s inauguration in January. The president’s own favorability ranking is at 45%, according to the poll.

Melania Trump’s 52% popularity in the poll conducted March 1-4 is the highest recorded since CNN/ORC started asking Americans about her favorability in February 2016. At that point, her popularity was less than half what it is now—a mere 24%—and 23% of respondents said they’d never heard of her. Trump’s approval rating has ballooned despite the low profile she’s kept so far as first lady. She’s made only select appearances, including hosting an International Women’s Day luncheon at the White House on Wednesday.

The latest poll also found that men view the first lady more positively than women. It showed that 58% of men and 46% of women rated her favorably. Trump’s predecessor First Lady Michelle Obama was popular with both sexes but saw higher favorability among women—78%—than among men—68%. 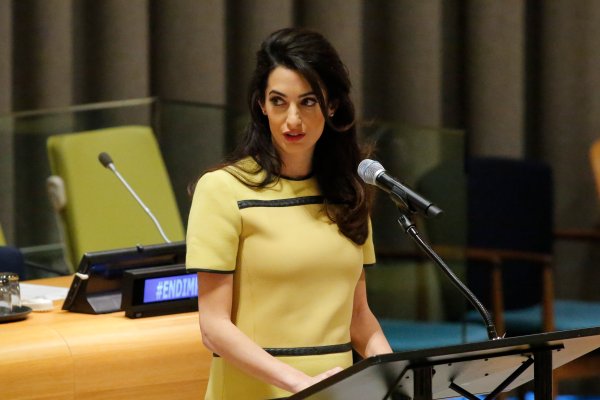 Amal Clooney Calls for Vigilance Against ISIS in U.N. Speech
Next Up: Editor's Pick