Police provided no details of the circumstances of the second death, but earlier on Friday afternoon a local hospital official said that a man in his 70’s had died from head wounds after falling from a police bus in front of South Korea’s Constitutional Court.

Scenes broadcast by CNN showed groups of protesters throwing rocks and other objects amid scuffles with riot police. The news agency reported that the majority of protests were peaceful.

The unrest follows the announcement of the impeachment of Park Geun-hye — the first woman to be elected president in South Korea — which was broadcast live to crowds in Seoul on Friday. “We announce the decision as the unanimous opinion of all judges. We dismiss the defendant President Park,” Justice Lee Jung-mi said at the time.

Both pro and anti-Park contingents took to the streets to hear the ruling — the latter responded to the announcement with applause and tears of joy, according to CNN. Park supporters, gathered near Seoul’s Constitutional Court and reportedly numbering in the thousands, were hemmed by a ring of police officers and vehicles. Some attempted to climb the buses barricading them from the court and fought with police.

Prime Minister Hwang Kyo-ahn, South Korea’s acting head of state, pleaded for supporters and opponents to disperse from the streets of Seoul early on Friday evening.

“There would be people who feel they cannot understand or accept (the court ruling), but it’s now time to move on and end all conflict and standoff,” Hwang said in a televised speech. “It’s not ideal to expand the conflict by continuing the protests outside on the streets … Precious lives were lost during the rallies today, and this must no longer happen.”

Crowds of between 500,000 to 1.5 million people had protested in the streets over the course of six weeks leading up to the National Assembly’s December impeachment of Park, whose approval rating had plunged to just 4% after she was mired in a corruption scandal.

Shortly after Friday’s decision was announced, South Korea’s defense minister Han Min Koo warned the country’s military to be on alert for the possibility of North Korean “strategic or operational” provocations attempting to exploit “unstable situations at home and abroad,” according to AP. 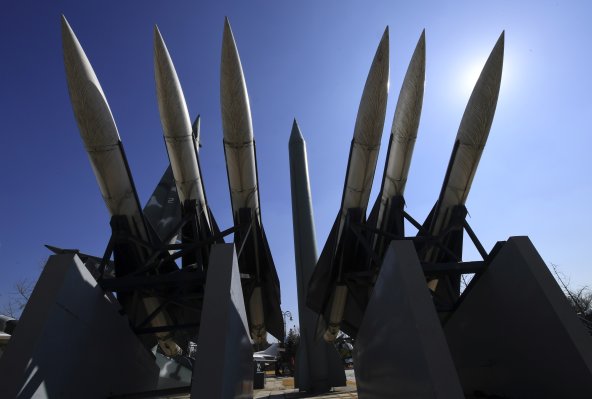