Pope Francis has stirred Catholics around the world with his relatively open comments on homosexuality, abortions and climate change, but his latest statement hints he may be looking at moving the Church toward loosening one of its most stringent rules.

The Pope said in an interview Thursday that he might consider ordaining married men who could work in rural areas where there are few priests, according to the Associated Press. His remarks came in an interview with the Germany newspaper Die Zeit.

Francis is not interested in completely removing the Church’s celibacy rule, but he said married men who are already involved in the church — called “viri probati” — could be useful.

“We must consider if viri probati is a possibility,” he said, according to the AP. “Then we must determine what tasks they can perform, for example, in remote communities.”

The idea of viri probati is an old one, but recent strains on the Catholic Church have brought renewed attention to it, the AFP reported.

Countries such as Brazil have large Catholic populations but few priests, so some people have been looking for ways to expand the clergy’s ranks. In particular, the AP reported that Brazilian Cardinal Claudio Hummes, who is a friend of Francis, would like the church to allow viri probati in South America due to the high number of Catholics. 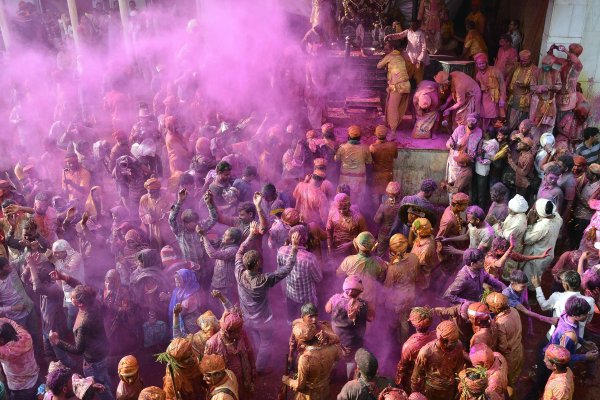 Here's to Know About the Hindu Festival of Holi
Next Up: Editor's Pick