Should I Worry About Flu Vaccine Side Effects?

Whenever the flu shot comes up in conversation, someone inevitably offers a familiar anecdote: “Whenever I get the flu shot, I get sick.” It’s a common belief that immunization against influenza can bring on the virus itself, or other unpleasant side effects and worrisome reactions.

But it’s not true, says Dr. Jon Abramson, professor of pediatrics at Wake Forest Baptist Medical Center. “It will flat-out not give you the flu,” says Abramson, who was recently the chair of the World Health Organization’s Strategic Advisory Group of Experts on Immunizations.

It may, however give you a slight fever, “but almost every vaccine can do that,” he says. When that happens, it’s a sign that the body’s immune system is responding to the presence of a foreign substance; in the case of the injectable flu vaccine, it’s an inactivated virus that cannot actually cause infection.

FluMist, the intranasal flu vaccine that was not marketed in the United States this year because it was deemed ineffective, can cause a slightly greater immune response because it contains a live, weakened virus. “It might give you the sniffles, but again, not the flu,” says Abramson.

One reason for this misconception is that people tend to overuse the term “flu,” often confusing it with mild illnesses and run-of-the-mill colds that are common during influenza season. “People who really do have the flu have severe muscle aches and high fever that last for several days,” says Abramson. “They feel like they want to die.”

Of course, people sometimes truly do get the flu after being vaccinated. But those cases are purely matters of bad timing and bad luck. It takes a few days to build up your immune system, says Abramson, and even after that, the flu vaccine doesn’t offer total protection. This year, the Centers for Disease Control and Prevention (CDC) reported that the flu vaccine is only about 48% effective. “That’s the bigger problem with the flu vaccine, which the government is working hard to address,” says Abramson. “It’s not the safety that people should have concerns about; it’s the efficacy.”

Research has debunked the myth that serious side effects stem from the flu vaccine. Studies in which people received either flu shots or salt-water injections have found no differences in reports of body aches, fever, cough, runny nose or sore throat. In these studies, the only difference between groups was increased arm soreness and redness among those who got the real vaccine. (This is nothing to worry about, says Abramson, who suggests getting the shot in your non-dominant arm.)

Some studies have linked the flu vaccine with a very small increase in Guillain-Barré syndrome, a rare disorder that causes muscle weakness and can lead to paralysis. But recent research shows that there is likely no real connection between the two. What is known, says Abramson, is that the flu virus itself can cause Guillain-Barré—so getting vaccinated against it is still a smart decision.

It is also possible, though extremely rare, to be allergic to something in the flu vaccine and have a reaction. Even most people with egg allergies can safely receive any of today’s flu vaccines, unless they have had a previous episode of egg-related respiratory distress or anaphylactic shock. (Anytime you experience signs of a possible allergic reaction—like hives, swelling, difficulty breathing, or dizziness—seek medical attention immediately. “But the vast majority of the time, it’s not going to be from the flu vaccine, says Abramson.)

For those who do develop a fever or other flu-like symptoms—whether you got the flu or not—Abramson recommends taking Tylenol and getting some rest. If you don’t feel better in a day or two, call your doctor. 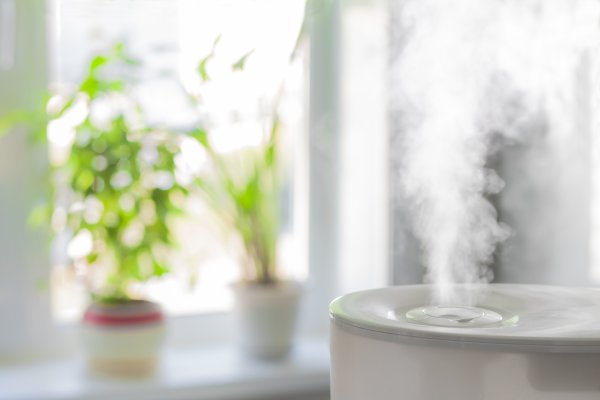 The Creepy Truth About Humidifiers
Next Up: Editor's Pick