Ask someone what the moral of the story is for Beauty and the Beast — especially someone who’s only ever seen the animated Disney version — and he or she is likely to say that the story teaches audiences not to judge people by their looks. But, ever since its first publication in 1740, the story has had another, perhaps even deeper takeaway: the importance of a woman’s right to choose her own husband.

That moral is underscored by Emma Watson‘s reimagining of the character in Disney’s live-action version, out Friday. “[Belle is] absolutely a Disney princess, but she’s not a passive character — she’s in charge of her own destiny,” Watson told Vanity Fair.

The latest version of Beauty, called Belle in the movie, echoes similarities to the original story’s themes of choice, or lack thereof, for 18th century French women.

“It’s a story written and published by a woman, with a strong female character at its lead, who is very reflective and intelligent and she makes her own choices, which is not something you saw in French literature or in French society at the time,” says Paul Young, associate French professor at Georgetown, who teaches a course on 17th and 18th century French literature.

The original story was published in 1740 by Gabrielle-Suzanne Barbot de Villeneuve in the French literary journal La Jeune Américaine et les contes marins, but that’s not the most well-known version of the tale. The year after Villeneuve’s death in 1755, Jeanne-Marie Leprince de Beaumont edited and condensed the original version and published it in a journal geared toward children and young adults called Magasin des enfants.

The original text varies from how the story is known today, as readers had more background about Beauty and Beast’s families, including Beauty’s siblings (two of whom are greedy sisters), how she entertains herself in the castle (besides reading), what she dreams about (a handsome prince) and how frightening the Beast is. (In the original, he has an elephant-like trunk.) Some of the themes of the oppression of women were lost in the revised and shorter 1756 version, Young says. Over the years, that message became even more obscured.

“For noblewomen in France in the 17th and 18th centuries, especially in the really important families, women would not be marrying for love, they’d be marrying someone their father would pick out for them because it was a good marriage politically or financially,” he says. “So in the text, for example, Beauty is 16, which is typical marrying age in the 18th century. And 16-year-old girls would meet their much older husbands-to-be without much time to prepare.”

As Beauty makes the decision to save her father’s life by staying with the Beast, which she does in many versions of the story, she’s confronted with her own version of not being prepared for what she’s getting into. As such, the story can be read in two different ways. On one side, there’s Beauty’s agency in making the risky choice to be with Beast, rather than a more conventional setup that her father might have arranged for her. On the other side, there’s the fear of the unfamiliar man she entrusts with her life — a feeling that would have been familiar to young readers who lacked that agency.

“She’s, like, Well now it’s just me and this creature I’ve never met and I’m in this chateau and I’m scared,” Young says. “I think that probably resonated with young female readers, and that’s a common trope you see in a lot of 17th and 18th century French literature.”

The evolution of Beauty’s feelings for Beast, from repulsion to love once she discovers his kindness and generosity, Goldwyn says, could relate not only to marriage customs at the time but also to Villeneuve’s Protestantism. Protestants in 17th century France were very much outcasts from mainstream society, so the message about the hidden charms of outsiders would speak to them. In addition, Protestants were thought by some to represent a more liberal, free-thinking group of people than the Catholics in power, in keeping with Beauty’s exercise of personal liberty.

And, while the story is certainly sharing a moral for female readers, Young says it’s clear there’s a message for men as well. In fact, there’s a scene where Beast asks to sleep with Beauty, quite literally, to sleep beside her. Having a stranger in bed with her is, on its own, terrifying.

“She has this moment of trepidation and she’s worried most about that he seems like he’s really heavy and since he’s big she’s afraid he’ll take up all the room,” he says. “They can’t just assume they’ve been thrown into a marriage with someone they don’t know and they can just act like it’s a regular marriage right away.”

There’s clearly no one moral of the tale as old as time, which is evident even through peripheral characters, too. In fact, the upcoming live action adaption includes a subplot with an openly gay character (Disney’s first of this kind), providing a more modern moral. Belle’s example of choice — whether it’s choosing the seemingly unconventional husband despite societal norms or choosing to enter a forced marriage with an open mind — will continue to be evident in the live-action version and future adaptations as well. That’s especially true in light of how it’s become a focal point of Watson’s publicity campaign around the movie. The actress came under fire by fans who questioned her feminism after she posed for a photo in Vanity Fair that exposed cleavage.

“Feminism is about giving women choice,” she said. “It’s about liberation, it’s about equality.”

So, too, is Beauty’s own story. 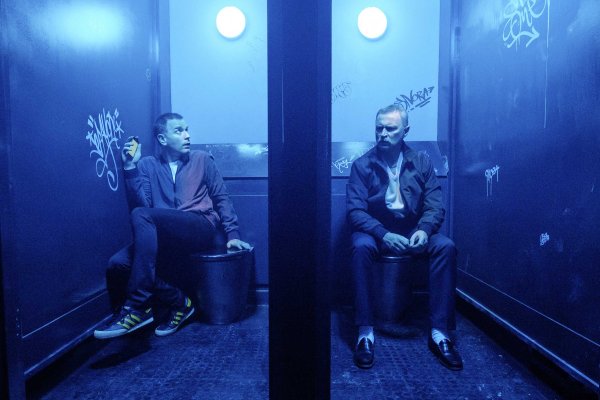 T2's Beloved Hooligans Get Older, but Not Wiser
Next Up: Editor's Pick