March isn’t mosquito season in much of the United States, but scientists are still busy studying the various health problems caused by the mysterious mosquito-borne Zika virus. While experts know more about the virus than they did over a year ago, and they know it can cause birth defects in babies, the full spectrum of Zika related health risks—including the ones that may impact adults—is unknown.

For instance, in a new report that will be presented at the American College of Cardiology’s 66th Annual Scientific Session, researchers found that Zika may cause heart problems in otherwise healthy adults, which was unknown until now. “As days go by, and more people are infected, we see different aspects of the virus,” says study author Dr. Karina Gonzalez Carta, a cardiologist and research fellow at Mayo Clinic.

Here are some of the health problems linked to Zika that researchers find most worrying.

Heart problems: In the new study, Carta analyzed nine adults in Venezuela with no prior history of heart disease who complained of heart-related symptoms. Carta and her team found that eight of the people had developed a heart rhythm issue, and six had evidence of heart failure. Since the study size was small, it’s hard to know how common it is to develop heart problems after a Zika infection, but Carta says she’s found more people with heart issues since she wrote her study.

“We need to create awareness,” says Carta. “People should know this is possible.” The people in the study have been followed since July 2016, and while most of their symptoms have abated, they are not gone altogether.

Guillain-Barré Syndrome: Close to 15 countries have reported cases of muscle-weakening Guillain-Barré syndrome in people with Zika infections. The health complication is characterized by arm and leg weakness, and in some serious cases, Guillain-Barré can harm the muscles that control a person’s ability to breathe. Very few people die from the Guillain-Barré, but symptoms can be chronic.

Hearing and vision problems: Microcephaly can cause vision and hearing problems among infants, but two studies published in December 2016 found cases of hearing and vision loss among adults with Zika. In one report researchers identified three people in Brazil who developed hearing loss that lasted from a few days to a month. Another report published in the journal The Lancet detailed a case where a 26-year-old American man was infected with Zika after traveling to Puerto Rico and later developed vision problems which included seeing flashing lights. Thankfully his vision returned after a few weeks. More research is needed, but the study authors argue that doctors treating people with Zika should be aware of these potential side effects.

Microcephaly: The most well-known health problem caused by Zika is severe microcephaly, which is a birth defect characterized by an abnormally small head. Babies born with microcephaly often have smaller brains due to improper development, which is why the head size remains small too. Infants with microcephaly often have several other health complications, like seizures, trouble swallowing, vision and hearing problems, and balance issues. In the U.S., nearly 50 babies born to women with Zika infections have had birth defects.

Congenital Zika Syndrome: Many infants infected with Zika during pregnancy develop Congenital Zika syndrome, which is a combination of birth defects beyond just microcephaly. The syndrome also includes less brain tissue overall, damage to the back of the eye, joints with limited range of motion, and too much muscle tone, which makes it harder for the babies to move. It’s not completely clear how the virus causes all these issues—and not all babies with Zika infections will have them—but researchers say some birth defects will become more apparent as infants get older. 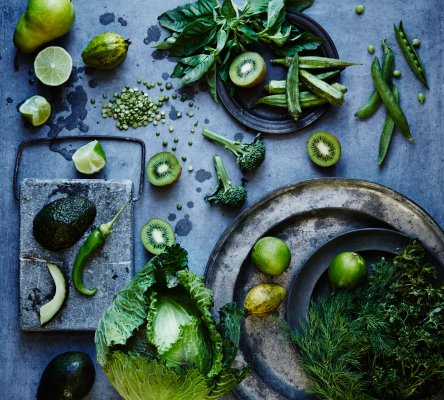 12 Foods You Need to Stop Buying—and 17 You Should Eat More
Next Up: Editor's Pick