The Future of the European Union

It’s rush hour in Maastricht, and a stream of bikes flows past a modest granite slab marking the signing of a treaty that changed Europe. It was here, a quarter-century ago, that representatives of 12 countries signed the Maastricht Treaty, creating a political and economic community with open borders and one currency. On this spot, the modern European Union was born. Not every passerby is brimming with pride.

“It was a very big mistake,” says 36-year-old Var Cihan, an out-of-work forklift driver on his way home from the unemployment center. He glances dismissively at the monument and reels off a list of complaints: inflation after the introduction of the euro in 2002; state housing going to refugees before citizens; Dutch taxes bailing out Greece. “The first thing you need to do is be good to your own people,” he concludes.

This year sees not just the 25th birthday of the Maastricht Treaty but also the 60th anniversary of the Treaty of Rome, which established the first common European market and turned the idea of a united Europe into reality. It should be a moment of celebration for a supranational bloc that has since expanded to 28 nations and won the Nobel Peace Prize for decades of doing what it was formed to do: prevent war. But there is little jubilation among many of the people the E.U. was ostensibly set up to help. Instead, the bloc’s very foundations are being eroded by a rising tide of antifederalist populism.

The problems of today began to emerge in 2009, after the global financial meltdown and the euro-zone crisis hit, exposing economic chasms between the richer north and poorer south. Austerity policies in the aftermath led to stagnant growth, high unemployment and public anger in member states such as Italy, Greece and Spain. The E.U.’s divisions have been further exacerbated by the migrant crisis that began in 2015, as Central and East European nations have defied E.U. orders to resettle refugees. Meanwhile, the peace and security safeguarded by the union have been shaken by terrorist attacks by radicalized citizens in France and Belgium.

Against this backdrop, E.U. citizens have begun to turn away from the bloc. A Pew poll in June 2016 found that just 51% of people across 10 member states had a favorable view of the E.U. Compared with the previous year, favorability fell in France by 17 points and in Germany by 8 points. That same June, the U.K. voted to become the first country to leave the E.U., and populist leaders have sprung up across Europe, with many preaching the dissolution of the union with the tacit backing of U.S. President Donald Trump.

This year promises to be pivotal. The French will vote in elections in the spring, which could bring the Euroskeptic Marine Le Pen to power. She has suggested she will bring back the French franc and hold a referendum on E.U. membership. In March, the very month the European project celebrates its diamond jubilee, the British Prime Minister is expected to formally begin the process of leaving it. The Dutch will vote on March 15 in an election whose polls predict a strong result for the Party for Freedom (PVV), led by Geert Wilders, a radical populist whose manifesto calls for the Quran to be banned, the “de-Islamization” of the Netherlands and–yes–a vote on leaving the E.U.

For those who still consider themselves Europeans first, the E.U.’s prospects for survival if it continues down its current path look bleak. “In the last 10 years, 15 years, when we speak about Europe, we speak only about crisis: the refugee crisis, budgetary crisis, financial crisis,” says Charles Michel, the Prime Minister of Belgium. “It is now or never–we have to build a new European dream.”

So what was the European dream of the past that today’s voters seem to have lost sight of? In Rome on March 25, 1957, the leaders of Belgium, the Netherlands, France, West Germany, Italy and Luxembourg created the European Economic Community, a trading zone that would foster economic interdependency to prevent a return to the militaristic nationalism that had led to two world wars. The Treaty of Rome promised to “lay the foundations of an ever closer union,” and the Maastricht Treaty, signed on Feb. 7, 1992, built upon them, setting out an almost utopian vision of a diverse geographical area united by a single currency, a common foreign policy and one citizenry, with people able to work freely across the bloc.

Twenty-five years on, it is clearer than ever that this imagined utopia does not exist. Yet the E.U.’s legislative body in Brussels and its member states have stubbornly built policy upon policy on the basis of an imagined perfect future, rather than on the realities of an imperfect present. The regulators got too far ahead of the regulated.

Take the euro: its creation in 1999 envisaged economic uniformity across a prosperous continent. But the reality saw a host of nations with different monetary cultures and policies trying to fit into a single currency with a fixed interest and exchange rate, fueling one of the worst economic crises in modern history. Similarly, the asylum policies forged by the E.U.’s lawmakers assumed that every member state would be equally equipped to house and process asylum seekers. That miscalculation became clear in 2015, when hundreds of thousands of people found themselves without food, medicine and shelter in Greece.

Perhaps it was always a tall order to build a system reliant on consensus rule among sovereign countries that span the spectrum of histories, beliefs and cultures. The E.U. today encompasses nations ranging from Greece, where close to half of all young people are unemployed, to Germany, where that figure is 6%; from Poland, where 86% of people believe in some sort of God, to Sweden, where nearly two-thirds don’t.

These wildly divergent views and situations have allowed populists to drive a wedge into the heart of the E.U., claiming to represent ordinary people against a liberal Brussels elite intruding on everything from resettling refugees to dictating the curviness of imported bananas. The E.U. “took away our identity and our national sovereignty,” Wilders said in a recent interview with Christian broadcaster CBN News. “The end is near. Like the Roman Empire, it’s gone.”

The European Union’s leadership is aware that something is rotten in the state of Brussels. Jean-Claude Juncker, president of the European Commission–the executive branch of the E.U., which sets the bloc’s laws–tells TIME he believes there has been overreach by his body and others. “The European Union and the Commission were giving the impression that we are in command of everything,” he says. “We were trying to have influence in so many things which are better in the hands of national, local and regional authorities.”

Juncker says he has tried to address the public’s concerns, curbing interference in everyday policies. Since he began his tenure in 2014, the European Commission has introduced 23 new initiatives, compared with about 120 per year under his predecessor. Yet few people listen, he says. “We are living in a postfactual world. Those who are criticizing the European Union … are spontaneously believed,” he says. “When [we try] to explain, we are not reaching those we want to convince.”

He and 27 European heads of state will try to rectify that situation on March 25, at a meeting in Rome to try to draft a blueprint for the future. The most popular idea emerging ahead of the talks is a so-called multispeed E.U., in which a cadre of member states plow ahead with closer ties and naysayers sit outside “core Europe.” This option got powerful backing in February, when German Chancellor Angela Merkel spoke out in favor of it. Under this model, smaller groups of member states would set up their own coalitions to cooperate in areas like security, defense or social issues. That, however, would risk further alienating Eastern European nations. The head of Poland’s Law and Justice Party, Jaroslaw Kaczynski, told Polish media that it would lead to the “liquidation” of the union.

The most likely outcome is that the E.U. will keep on muddling from crisis to crisis in what Chris Bickerton, a politics lecturer at Cambridge University and author of The European Union: A Citizen’s Guide, calls “a long-term process of atrophy.” When the end comes, he suggests, it will be less like a volcanic eruption than like continental drift. “In 50 years’ time, you might realize that nothing that the E.U. was remains anymore, but you won’t ever have seen it happen.”

That might suit some in Europe. In the former mining town of Kerkrade, just over 20 miles from Maastricht, supporters of Wilders and his party describe the same kind of economic and social isolation felt by voters in the U.S. ahead of Trump’s victory, and in the U.K. before Brexit. “[I will vote] PVV not because I like Geert that much, but I don’t trust the other ones,” says Joseph Gaertner, 56, a former truck driver forced out of work by ill health. “When you listen to the debates, the other leaders, they don’t touch me anymore.” The E.U. is “a failure,” he adds. “It’s too slow, it’s not possible to make any decisions, it’s one big mess.”

What does the E.U. have to offer voters like Gaertner? Michel, the Belgian Prime Minister, says the bloc’s long-term survival rests on giving “concrete results for the people,” especially on security, migration and economic growth. But to succeed requires the kind of boldness so far mustered only by nationalist leaders. It’s unclear that the E.U. even has the mechanisms for the strong leadership needed to drive real change.

“Radical reform can only be done by either revolution or by very powerful institutions that are able to transform themselves,” says Bickerton. Neither condition is in place right now in the heart of Europe. Instead, the E.U. remains caught in its eternal bind: an institution that is in urgent need of reform has no capacity to carry it out and may not survive without it. While populists like Wilders and Le Pen are creating new visions for the future, traditional European powers are scrambling to uphold the lofty ideals of the past. If they can’t find a way to fit in with the new world order, they might not have much of a future at all. 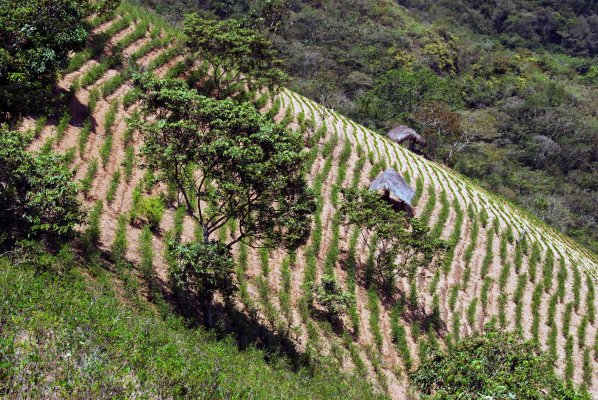