Stand-Up Finds a Home on Netflix

When The Leather Special hit Netflix March 7, Amy Schumer became the latest comic powerhouse to release a set on the streaming service. Netflix is now a showcase for both emerging and established stars. More specials, from comedic heavyweights Chris Rock, Sarah Silverman and Jerry Seinfeld, are set for release later this year. Here are some of the best shows available today:

The wildly popular comedian has built an empire with a hit sketch-TV show, hugely successful tours and a burgeoning film career. A year after her HBO special, Schumer doubles down on her style with more of her signature material, including frank musings about sex, womanhood and identity.

You’re ready for a raucous party full of gross-out humor, tempered by occasional moments where Schumer shows her heart.

Bounding across the stage, the Parks and Recreation scene-stealer–who’s since earned accolades as the creator and star of Netflix’s Master of None–laces his observational humor with sharp insights about dating, sexual harassment and our obsession with smartphones.

You like your political commentary to be delivered with breakneck enthusiasm and infectious energy by one of the comedy world’s most versatile voices.

The actor and Fresh Off the Boat writer roars through her scabrous breakout set, and it’s clear that she relishes every line. Her main targets: feminism (she’s more into lying down than leaning in), her husband and racial stereotypes.

You enjoy running jokes about pregnancy–Wong was not far from giving birth when she filmed this special–and her passion for doing nothing.

Toggling between random slices of life and winding hypotheticals, the skeptic delivers jokes about subjects ranging from absurd rules for checking IDs to his rising fame: the comedian’s viral 2014 bit spurred national media coverage of sexual-assault allegations against Bill Cosby.

You love wisecracks that elevate low-stakes slights to high-stakes drama. Buress goes long on everything from customer-service injustices to deviled eggs.

You dig drawn-out tales that build to big payoffs, like the one about how his father prepared him for a lifetime of endless disappointment.

Live at the Comedy Store

The comedy auteur revolutionized the stand-up special when he sold his work directly to fans for $5 in 2011. In this set, he wrings belly laughs out of his dark reality, diving deep into intellectual black holes about exceptionalism, racism vs. sexism and why life is just eating until you die.

You like it when he files meandering complaints on the pain of his existence and the insufferable characters he encounters–all delivered, of course, with a maniacal grin. 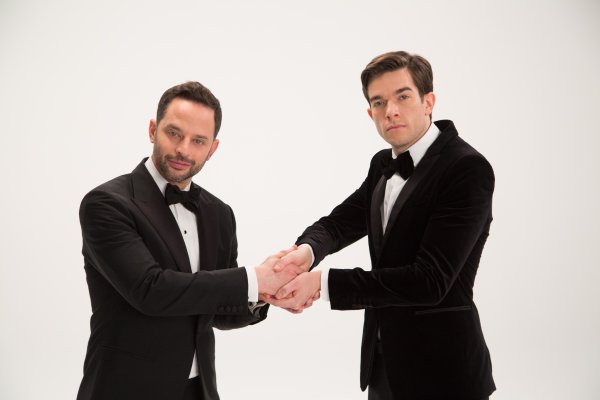 Nick Kroll and John Mulaney on Why Controversial Jokes Are Worth Doing If They're Funny
Next Up: Editor's Pick