Two officials speaking on condition of anonymity said intelligence agencies have been aware since the end of last year of the breach, which led to WikiLeaks releasing thousands of pages of information on its website on Tuesday.

According to the documents, CIA hackers could get into Apple iPhones, devices running Google’s Android software and other gadgets in order to capture text and voice messages before they were encrypted with sophisticated software.

The White House said on Wednesday that President Donald Trump was “extremely concerned” about the CIA security breach that led to the WikiLeaks release.

“Anybody who leaks classified information will be held to the highest degree of law,” spokesman Sean Spicer said.

The two officials told Reuters they believed the published documents about CIA hacking techniques used between 2013 and 2016 were authentic.

One of the officials with knowledge of the investigation said companies that are contractors for the CIA have been checking to see which of their employees had access to the material that WikiLeaks published, and then going over their computer logs, emails and other communications for any evidence of who might be responsible.

On Tuesday in a press release, WikiLeaks itself said the CIA had “lost control” of an archive of hacking methods and it appeared to have been circulated “among former U.S. government hackers and contractors in an unauthorized manner, one of whom has provided WikiLeaks with portions of the archive.”

The CIA, which is the United States’ civilian foreign intelligence service, declined to comment on the authenticity of purported intelligence documents.

The agency said in a statement that its mission was to collect foreign intelligence abroad “to protect America from terrorists, hostile nation states and other adversaries” and to be “innovative, cutting-edge, and the first line of defense in protecting this country from enemies abroad.”

The CIA is legally prohibited from surveillance inside the United States and “does not do so”, the statement added.

Contractors Must Be “Loyal to America”

A U.S. government source familiar with the matter said it would be normal for the Federal Bureau of Investigation and the CIA both to open investigations into such leaks. U.S. officials previously have confirmed that prosecutors in Alexandria, Virginia for years have been conducting a federal grand jury investigation of WikiLeaks and its personnel.

A spokesman for the prosecutors declined to comment on the possibility of that probe being expanded. It is not clear if the investigation of the latest CIA leaks is part of the probe.

Contractors have been revealed as the source of sensitive government information leaks in recent years, most notably Edward Snowden and Harold Thomas Martin, both employed by consulting firm Booz Allen Hamilton while working for the National Security Agency.

U.S. Senator Dianne Feinstein of California and a Democrat on the intelligence committee, said the government needed to stop the breaches.

“I think we really need to take a look at the contractor portion of the employee workforce, because you have to be loyal to America to work for an intelligence agency, otherwise don’t do it,” Feinstein said.

Read More: The Damage Intelligence Leaks Can Cause

Both U.S. Senate and U.S. House of Representatives intelligence committees have either opened or are expected to open inquiries into the CIA breach, congressional officials said.

Some cyber security experts and technology companies have criticized the government for opting to exploit rather than disclose software vulnerabilities, though an interagency review process set up under former President Barack Obama was intended to err on the side of disclosure.

Those concerns would grow if U.S. authorities did not notify companies that CIA documents describing various hacking techniques had been compromised.

Apple, Alphabet’s Google, Cisco Systems and Oracle did not immediately respond when asked if they were notified of a CIA breach before WikiLeaks made its files public.

At Apple, none of the vulnerabilities described in the documents provoked a panic, though analysis was continuing, according to a person who spoke with engineers there.

Google’s director of information security and privacy, Heather Adkins, said in a statement: “As we’ve reviewed the documents, we’re confident that security updates and protections in both Chrome and Android (operating systems) already shield users from many of these alleged vulnerabilities. Our analysis is ongoing and we will implement any further necessary protections.”

One reason the investigation is focused on a potential leak by contractors rather than for example a hack by Russian intelligence, another official said, is that so far there is no evidence that Russian intelligence agencies tried to exploit any of the leaked material before it was published.

One European official, speaking on condition of anonymity, said the WikiLeaks material could in fact lead to closer cooperation between European intelligence agencies and U.S. counterparts, which share concerns about Russian intelligence operations.

U.S. intelligence agencies have accused Russia of seeking to tilt last year’s U.S. presidential election in Trump’s favor, including by hacking into Democratic Party emails. Moscow has denied the allegation.

One major security problem was that the number of contractors with access to information with the highest secrecy classification has “exploded” because of federal budget constraints, the first U.S. official said.

U.S. intelligence agencies have been unable to hire additional permanent staff needed to keep pace with technological advances such as the “internet of things” that connects cars, home security and heating systems and other devices to computer networks, or to pay salaries competitive with the private sector, the official said.

Reuters could not immediately verify the contents of the published documents.

A person familiar with WikiLeaks’ activities said the group has had the CIA hacking material for months, and that the release of the material was in the works “for a long time.”

Read More: Here’s What Was in the First-Ever Daily CIA Brief to a U.S. President

In Germany on Wednesday, the chief federal prosecutor’s office said that it would review the WikiLeaks documents because some suggested that the CIA ran a hacking hub from the U.S. consulate in Frankfurt.

“We will initiate an investigation if we see evidence of concrete criminal acts or specific perpetrators,” a spokesman for the federal prosecutor’s office told Reuters.

Chancellor Angela Merkel is scheduled to visit Washington on March 14 for her first meeting with Trump, who has sharply criticized Berlin for everything from its trade policy to what he considers inadequate levels of military spending. 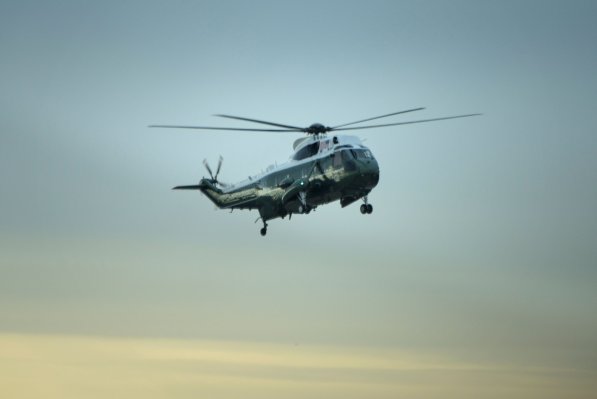 No New Intelligence Has Yet Emerged From Yemen Raid: Report
Next Up: Editor's Pick