A South African man and his Ukrainian fiancée have been detained in the United Arab Emirates for having sex outside of marriage.

Emlyn Culverwell‚ 29, and Iryna Nohai, 27, were arrested in an Abu Dhabi hospital in late January after a doctor discovered that Nohai, who had been suffering from stomach cramps, was pregnant, the BBC reports.

Sex outside of marriage is a criminal offense according to the UAE’s strict morality laws, and is punishable by a lengthy prison term and deportation.

Culverwell’s mother Linda has said that the couple were denied any state-appointed legal representation and have not been allowed to be married in prison as authorities continue to investigate the paternity of the child and how long the couple has been sexually active.

In a plea for her son and his fiancée’s release, Linda Culverwell said that “the only thing they did wrong was fall in love.” 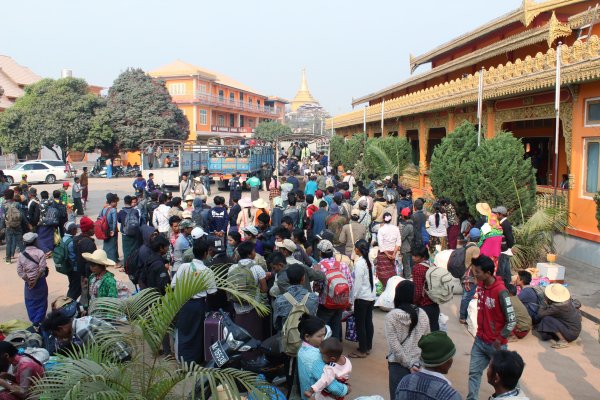 Thousands Flee Conflict in Myanmar’s Northeast
Next Up: Editor's Pick