A man who solicited explicit images from minors by posing as Justin Bieber online has been charged with more than 900 child sex-related crimes in Australia.

The 42-year-old from the East Australian city of Brisbane was already facing charges from November on a number of child sex offenses, including possessing child exploitation material and grooming minors, ABC News reports.

The additional 931 counts were added this week after the man’s computer was examined by authorities. According to Queensland police, the fresh charges include three counts of rape, five of indecent treatment of a child under 12 and over 270 counts of making child exploitation materials, reports the BBC. Other charges related to soliciting child pornography and using a computer to groom minors.

There are more than 150 alleged victims around the world, including 50 from the U.S.

ABC reports the man allegedly used a variety of online services, including Facebook and Skype, to lure his victims, and that his predatory behavior dates back to at least 2007.

The case has been described as “frankly horrendous” by Detective Inspector Jon Rouse from Queensland police. “The fact that so many children could believe that they were communicating with this particular celebrity highlights the need for a serious rethink about the way that we as a society educate our children about online safety,” Rouse was quoted as saying.

The man, reported by the ABC as being in custody, will face a court in Brisbane on April 6. 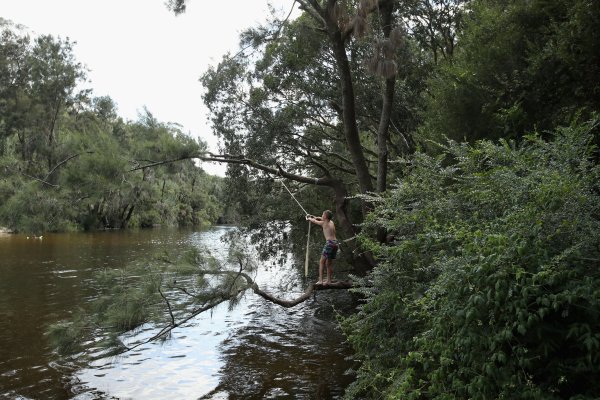