The “On the Floor” singer, 47, is dating former MLB star Alex “A-Rod” Rodriguez, a source confirms to PEOPLE. “They have been dating for a few weeks,” the source said.

“She seems excited,” a source close to Lopez told PEOPLE. “He has been around her family and she really likes that he is a dad. She is aware, though, that he is a ladies’ man too and is being cautious. For now, it’s just fun. She is single and enjoys dating.”

The news of their coupling was first reported by LoveBScott.com.

Rodriguez, 41, recently ended his relationship with Silicon Valley CEO Anne Wojcicki in February after dating for just under a year. He has previously dated Kate Hudson and Cameron Diaz, among other high profile A-listers.

Meanwhile, the Shades of Blue star broke things off with Drake after a source who knows both of the entertainers told PEOPLE it was never an official relationship.

“It was and is fun when they see each other,” the source said. “They love hanging out and making music together. She has great respect for him and his talent and he does for her as well.”

The singer’s top priority has always been her children. Lopez recently revealed that that will never change.

“You know, they’re always first,” Lopez says in a PEOPLE exclusive preview clip from her guest co-host stint on The Real. “When you put them first, then everybody else understands the hierarchy.”

This story originally appeared on PEOPLE.com. 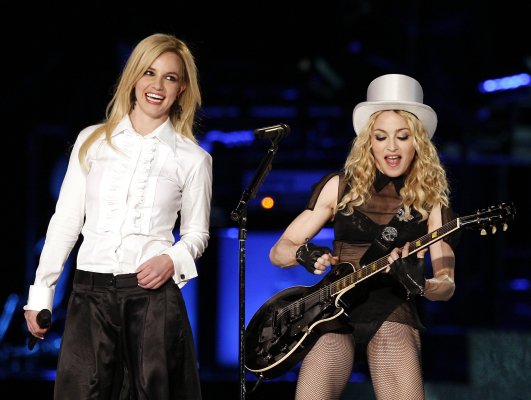 Britney Spears Paid Tribute to Her Idols Beyoncé and Madonna
Next Up: Editor's Pick