Activists protest the Trump administration and rally for women's rights during a march to honor International Woman's Day on March 8, 2017 in Washington, DC.
Brendan Smialowski—AFP/Getty Images
Ideas
By Ashley McGuire

McGuire is the author of Sex Scandal: The Drive to Abolish Male and Female

I have spent today’s “Day Without A Woman” barefoot and pregnant in the kitchen, baking cookies for my breadwinner husband and my two children.

That may sound like a joke, but it’s not. That’s just my way of protesting a movement that claims to represent all women, when in fact it purposefully excludes millions of us.

There is the fact that the organizers of first the Women’s March and now this one have stated plainly that being pro-choice is a foundational brick in their platform. When they discovered that the New Wave Feminists, a young and secular organization of women, held pro-life views, they were dropped as a March partner and anti-abortion women were uninvited from participating. In other words, adherence to abortion rights mattered more to them than resisting what they viewed as attacks on women. Alienating the roughly half of American women who identify as anti-abortion didn’t seem to matter.

Then there is the irony that many increasingly reject sex as a valid category to begin with, which places a giant question mark over the status of women in this brave new gender-fluid world. The organizers of the Day Without Women have fully embraced the gender identity movement, stating that the women’s movement also stands for “gender nonconforming people” and that they are fighting for “gender justice.”

I share the concerns of even some left-wing feminists who argue that when we make being a female a matter of personal interpretation, both the unique needs and contributions of women are diluted and undermined. How can women make claims on the basis of our womanhood in a world that denies that womanhood is a real and permanent category to begin with? And how can we demand broader respect for certain conditions unique to women, such as pregnancy, when we are increasingly pressured to adopt gender-neutral language, lest we offend the world with the realities of our womanhood?

Indeed, the feminism of the so-called women’s resistance is increasingly angry, crass and extreme, and in turn unfamiliar and unappealing to so many of today’s women. We aren’t interested in redefining objective womanhood out of existence through “gender justice.” We don’t want to be measured on male terms and told we are only equal with our husbands if we bring home the same paycheck or spend the same amount of time with our children. Studies keep stubbornly finding that we want to spend less time at the office and more time at home with our children. And we aren’t convinced that abortion is a necessary hallmark of a society where women are equal with men. To many of us, insisting on that claim is the ultimate bodily denial of woman in favor of a wombless male mold.

So how does this proud woman plan to #resist? By embracing my difference and being a present woman, to my husband, to my children, to my work and to my community. I find strength and power in lovingly living the life that I chose.

McGuire is the recipient of SBA List’s Young Pro-life Leader Award and a Senior Fellow with The Catholic Association, and the author of Sex Scandal: The Drive to Abolish Male and Female. 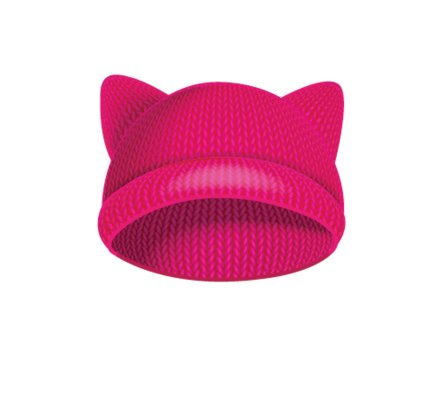