This post includes spoilers for Big Little Lies episodes 1-3 and does not factor in Liane Moriarty’s novel of the same name, on which the show is based.

HBO’s new limited series Big Little Lies starts with a mysterious murder at a ritzy fundraiser in Monterey, California. Cops hit the scene where the victim—still unknown to viewers—died after suffering a fractured skull and a smashed pelvis. So who did it? The dark drama hypes up so many grudges that it’s remarkable only one person got iced. But beyond all the prime suspects—from Reese Witherspoon’s Madeline Martha Mackenzie to Laura Dern’s Renata Klein—there’s one overlooked character who’s worth keeping an eye on: Joseph Bachman (Santiago Cabrera.)

Madeline, an alpha mom on her second marriage, is attempting to alleviate her identity crisis by working for the community theater on a production of Avenue Q, which her frenemies are petitioning to shut down because of its controversial material. And every time the director, Joseph, appears, he comes off as a bit obsessed with her. Exhibit A: the first time he shows up, it’s to spy on Madeline at her daily complaint session at the café. The moment he notices her on the dock, he steps back to gaze at her from around a corner, a move straight out of the classic stalker playbook.

Later, when Madeline confronts him about the backlash to the musical during the second episode, we learn that he’s the guy she just told to screw himself in explicit terms over the phone. As he brings it up, she gives him the old “you know me,” and he just emanates adoration as he flashes her a sultry look. It’s an odd reaction to her insult, but appropriate for a married man with an unhealthy fixation. His look seems to be lost on her, though, because she’s too passionate about saving the puppets from the local book-burners.

The most compelling clue pops up in the third episode. All of Madeline’s repressed fury over her fraught relationship with her teenage daughter—who recently asked if she could go live with her father—erupts backstage when she demands that Joseph fight back against the production’s detractors. It’s typical behavior for Madeline, who would never take advice from Disney on Ice and “Let It Go.” He acts defeated while she plays defender of the arts. During their heated exchange, Joseph calls her “Maddie,” hinting that they might have had a personal relationship in the past. He even tells her, affectionately, she’s “such a bulldog.”

Could Joseph be so obsessed that he takes out Madeline’s husband Ed (Adam Scott) at the costume party so he can be with her? It would be a surprising twist to a story that focuses mainly on the interactions between Monterey’s women—but surprising, in the world of Big Little Lies, seems to be the name of the game. 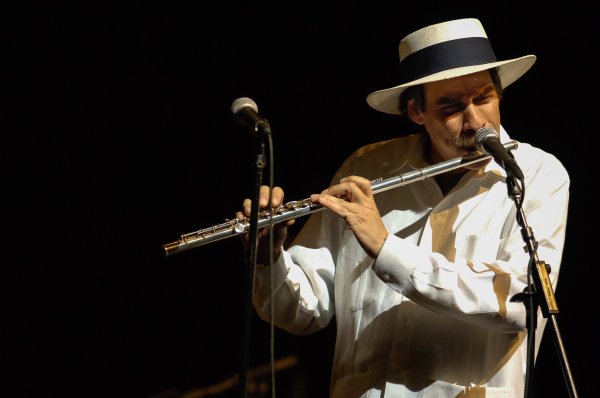