On Oct. 21, 1967, then 17-year-old Jan Rose Kasmir joined thousands of others outside of the Pentagon in Washington D.C. to protest the Vietnam War. At one moment during the protest, French photographer Marc Riboud captured Kasmir holding up a chrysanthemum to the tip of a bayonet of one of the soldiers guarding the Pentagon. Riboud’s photograph — titled “The Ultimate Confrontation: The Flower and the Bayonet” — has since become an iconic image of the Vietnam War resistance.

Kasmir, 67, now lives a much quieter life as a massage therapist in Hilton Head Island, South Carolina and says she’s working on her autobiography to commemorate the 50th anniversary of the photograph. But her protesting days aren’t completely behind her: she headed to Washington, D.C. again in January to attend the Women’s March on Washington to fight back against the proposed policies of President Donald Trump.

Kasmir spoke to Motto about the history of the ’67 photograph, her activism and shares some advice for the next generation of female protesters.

Motto: Can you take me back to the moment the famous photograph was taken?

Kasmir: At the time, I was living in a foster family and I was a hippie. I was very impassioned with my concerns about the war in Vietnam and my government’s role in it. These were the days before the internet, so I don’t even remember how I learned that the demonstration at the Pentagon was happening. But I jumped on a D.C. transit bus and went down there.

I had assumed that it was just going to be a hippie thing. But there were all these straight looking people there — priests, nuns and mothers pushing baby carriages. The hippies were in the minority, which I was amazed by.

For me, the experience was very moving and it was amazing that it culminated in the moment photographer Marc Riboud captured. When I first saw the soldiers, all I saw were their uniforms and rhetoric — the war machine and the baby killers. I was only 17 years old, so things had presented themselves as sort of black and white to me. They were the bad guys. But I realized in that moment that they were just young boys. They were just as much victims of the war effort as anybody. When you look at my face in the photograph, I’m very sad. In that moment, I was one with the soldiers.

How did you first find out that you were in this famous photograph?

My father was the first person who showed it to me. He was an amateur photographer. He was flying to Scotland and he purchased the magazine, Magnum Photo, which was the photography cooperative that Riboud belonged to. And there I was. When he came home, he presented me with the magazine, which I actually don’t have anymore.

So, I wrote Riboud a letter to the effect of, ‘Hi, I’m the girl in the picture.’ And sometime after that, there was a lot of interest and news organizations started getting in touch with me.

How did your activism continue after that day?

I was involved with the students’ strike on my campus at Montgomery College in Maryland, after the killings at Kent State. Later, I participated in the May Day strike, where I got gassed. That was the only time I ever got hurt.

Quite frankly, throughout my entire involvement, I never did anything that would be construed as violent or destructive. I never broke anything, burned anything, marred anything, hurt anything. I really was an avowed pacifist and really followed the teachings of Gandhi and Martin Luther King, Jr. Dignity and peace were very important. My hippie version of that was to not do anything untoward. I was aware of the issues and be ready to discuss them with anyone who came into my sphere. It went beyond strikes and protests.

You attended the Women’s March recently. What was that experience like?

I feel like part of responding to the call was this complete outrage that we elected a president who has displayed such horrific behavior toward women and was given a pass. It was almost as if the results of the election were a testimony to how backwards we are on feminism. I think a good piece of Hillary [Clinton]’s loss was about how she was a woman.

I went with these wonderful women, and I carried two signs. One had my photograph on it, with the words ‘Restore dignity and integrity’ written above. The most beautiful thing about the march was the energy in the air. People were so kind and sensitive to one another. At one point, a young man caught up with me to tell me I dropped my wallet. I’ve just never seen a crowd like that.

How did the Women’s March compare to your experiences at protests in the ’60s?

I think that the parallel to the ’60s was that there was a spirit that’s alive and well — and humanistic. There’s no way to describe the ’60s, but ‘humanistic’ comes close. We were responsive and we were very lucky because we had amazing people influencing us — Martin Luther King Jr, Cesar Chavez, the Kennedys. There were some very powerful people really having sway.

But I think a big difference is that now, there are no voices like that out there right now that compel us. At least, I don’t hear them.

As the subject of an iconic image of struggle, how do you feel about Pepsi using this type of imagery in their commercial?

The idea of Pepsi piggybacking on peace is just ridiculous, self-serving and offensive. I feel manipulated and betrayed. I really feel it at a very basic level.

What would be your advice for the next generation of female protesters?

I think first and foremost, young women have to recognize their potential and realize that the only thing that can really stop them is themselves. If they’re willing to commit, nothing can hold them back. We are our brothers and sisters’ keepers. We’re all in this together. Forget about Facebook — have real relationships and be responsive to other human beings. That’s the way we’re going to heal, from the grassroots on up.

We’re in an age of opportunity. We can’t pretend that there aren’t obstacles in our way — but we just can’t let the bastards get us down. 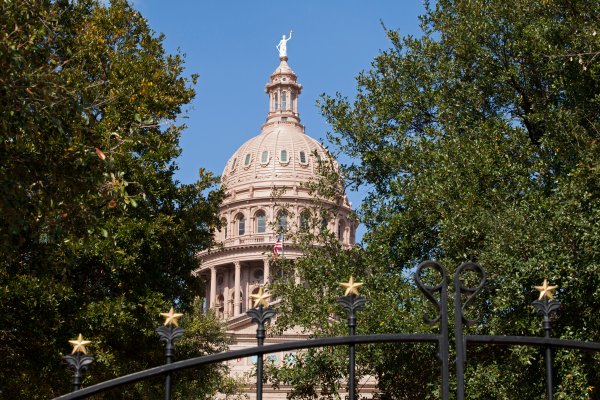