Criticize Nike’s new, size-inclusive activewear line all you want — campaign model Grace Victory is proud to be part of it.

After people on social media started attacking Nike for the line, which many said is “promoting an unhealthy lifestyle,” Victory responded on Twitter.

The model retweeted a post that sparked criticism, and called out people who argue that overweight people should work out, only to then attack a company making them workout gear.

“LOOOOOOOOL! do not get me started,” Victory wrote.

“Fat shaming me and my girl on our Nike campaign is hilarious,” she added. “We be laughing all the damn way to the bank.”

Nike said that they want to show that every woman is an athlete in a press release announcing the line, which extends to sizes 1X through 3X.

“Nike recognizes that women are stronger, bolder and more outspoken than ever,” they said. “In today’s world, sport is no longer something that she does, it’s who she is. The days where we have to add ‘female’ before ‘athlete’ are over. She is an athlete, period. And having helped fuel this cultural shift, we celebrate these athletes’ diversity, from ethnicity to body shape.” 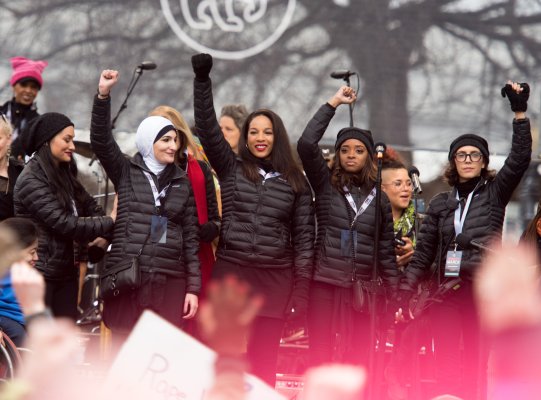 Women's March Organizer: This Is Why We Strike
Next Up: Editor's Pick