How You Can Tell if Your Breastfed Baby Is Eating Enough

Breastfeeding mom Jillian Johnson lost her son Landon due to accidental starvation just 19 days after giving birth because he did not get enough colostrum (a mother’s early milk) in the first days of life.

Johnson said she felt pressured to exclusively breastfeed her baby, and she says she was unaware that he became malnourished. Landon went into cardiac arrest from dehydration just 12 hours after being discharged from the hospital, and died 15 days later.

For any breastfeeding mothers, Johnson’s heartbreaking story can be alarming, but infant death from dehydration is rare.

“This is a very tragic story, but it happens very rarely,” Dr. Philippe S. Friedlich, Chief of the Division of Neonatology at Children’s Hospital Los Angeles and Director, Center for Fetal and Neonatal Medicine at CHLA, tells PEOPLE. “[In some cases] a baby does not get enough nutrition and gets dehydrated. If they don’t receive medical attention, with the dehydration getting worse you have organ injury and ultimately cardiac arrest can ensue. Then the brain gets damaged. This is obviously not a very common situation, but it can happen.”

Friedlich says some degree of dehydration is common, which is why it’s important for parents and healthcare providers to closely monitor newborn babies.

“Have a good follow-up plan, meaning that if you’re discharged, within the first couple of days at home, make sure that you will be able to go to a healthcare provider, whether it’s a nurse practitioner or your obstetrician or pediatrician, to have the baby checked,” he advises.

How to Monitor Your Newborn

He says that there are a couple of easy-to-track indicators that show that a baby is healthy and feeding properly.

“Sometime very simple measures such as weighing the baby and comparing the weight at the time of the visit with the birth weight will give very significant information,” says Friedlich. “Parents should realize that babies should have wet diapers pretty much with every feeding. If they see in the last 12 hours to a day that the diapers are dry, that’s an indication that something may be going on. Those are very simple screening measures that can make a big difference in identifying a baby that may be at risk from significant dehydration.”

Friedlich says it is not concerning if a baby eats different amounts at different feedings, but that their sleep cycles should be regular and they should not be crying constantly.

“If a baby is crying all the time or sleeping all the time, those are not normal situations, and those parents should seek some counseling or help immediately,” he says.

Jody Segrave-Daly, a NICU nurse and co-founder of Fed Is Best (which featured Johnson’s blog post about her son’s accidental starvation death), agrees that these are the two major signs new mothers should watch for to make sure their baby is getting proper nutrition.

“The most important signs of a starving newborn are constant crying (even after nursing) and near-constant feeding,” she tells PEOPLE. “Some babies never cry and are very sleepy, listless or lethargic from the start because they are already depleted of calories at birth. Eventually, starved babies enter a deep sleep to conserve energy.”

However, while Friedlich says these instances are “very uncommon,” Segrave-Daly maintains that insufficient intake in newborns is far more common than previously believed. “In my private [lactation consultant] practice I see at least 2 babies a week who are suffering from insufficient intake and 5 online consultations a day from mothers whose babies are not gaining enough weight in the first 2 weeks of life. I also see on average 1 baby a week with a failure to thrive diagnosis when in fact, their breast milk volume intake is not adequate for optimal growth.”

According to studies, she adds, “It has been shown that 10% of vaginally-delivered, healthy term EBF [exclusively breast-fed] babies and 25% of cesarean-delivered, healthy term EBF babies experience excessive weight loss of more than 10% from insufficient fluid and caloric intake through exclusive breastfeeding. Recent data shows hypoglycemia occurs in 10% of healthy-term, EBF babies when monitored to 48 hours of life. These complications are the leading cause of newborn hospitalizations world-wide, yet few mothers who are encouraged to exclusively breastfeed are ever taught about the complications. They are taught that exclusive breastfeeding is all benefit and no risk.”

Segrave-Daly adds that the nonprofit Fed Is Best is neither pro-formula, nor subsidized by formula companies (or breastfeeding companies, for that matter). Rather, the organization’s goal, she says, is to “support, and educate families how to safely breastfeed, formula feed, or combo feed their babies every single time.”

While the statistics about insufficient breastmilk intake in the early days may be concerning, experts agree that if warning signs are caught early on and brought to the attention of a healthcare provider, deaths can be prevented.

“It’s important the first day or two in the hospital you get a good start,” he said. “If the baby’s not feeding well, make sure you get help from the nurse. A lot of hospitals have lactation consultants if you need help breastfeeding. Find out how the baby is doing so you know how quickly you need to follow up with the pediatrician. Sometimes it’s the very next day after coming home from the hospital.”

While Sears says that some weight loss after leaving the hospital is normal, it’s crucial to know how much your baby weighs before leaving so you can monitor how much the baby loses and whether the loss is in the normal range.

“As pediatricians, we have a 10 percent rule: If it’s less than 10 percent, we don’t worry too much,” he says.

When it comes to knowing how much and how often to feed, Sears says to let the baby be your guide.

“I’ve had babies not get enough feedings from both breastfeeding and bottle-feeding,” he says. “It’s important to look at the baby and not the clock. If the baby’s fussy and seems hungry, even if it’s only been an hour, go ahead and feed him again.” 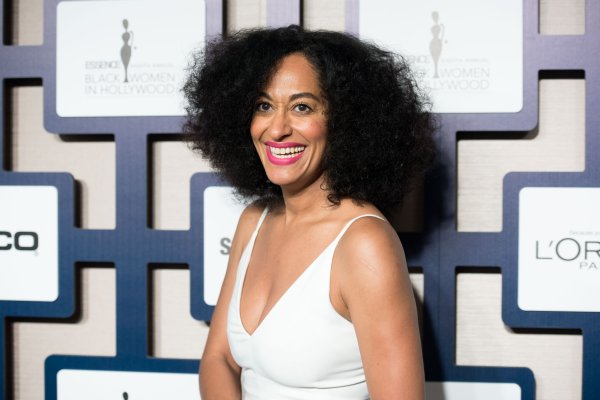 Tracee Ellis Ross Says Age Has Made Her More Confident About Her Body
Next Up: Editor's Pick