We lost an hour of sleep Sunday morning when we set our clocks ahead to “spring forward.” And while we’ll gain an extra hour of daylight in the evenings, we’ll lose it in the morning—waking up, and maybe even heading off to work or school, before the sun comes up.

An hour may not seem like a lot, but the time shift can have significant effects on the body, says Dr. Sandhya Kumar, assistant professor of neurology and medical director of the Sleep Disorders Center at Wake Forest Baptist Medical Center in North Carolina. “With the spring time change, you essentially have to go to bed earlier and get up earlier, which is difficult for many of us to do,” she says. “Most of us end up losing 40 to 50 minutes of sleep those first few days—and as a nation that’s significantly sleep deprived to begin with, even that little change can impact health.”

Indeed, studies have noted all kinds of physical and mental effects associated with Daylight Saving Time (DST), both the shift to it (in March) and the shift away from it (in November). Read on for a few examples of how the time changes can affect your body. (Then check out 4 tricks to make an easy Switch to daylight saving time.)

The weeks immediately following the March time change may carry unique risks for women who have had a previous miscarriage and are undergoing in vitro fertilization. In a recent study published in Chronobiology International, miscarriage rates were much higher for women in this group whose embryo transfers were conducted within 21 days of the start of DST, compared to those whose transfers were conducted the rest of the year.

The study found no link between miscarriage rates and the fall time change—nor any other time-of-year patterns—and the authors say more research is needed to confirm a true link. But they hope their finding will shed some light on how changes in circadian rhythm can affect fertility and reproduction.

It could be that the combined stress of a typical back-to-work Monday and that hour of lost sleep is particularly hard on people who are already vulnerable to heart problems, say the study authors. They also found the opposite to be true in the fall: There was a 21% drop in the number of heart attacks on the Tuesday following the end of DST.

Heart attacks aren’t the only cardiovascular risk associated with changing clocks: Preliminary research presented at the 2016 American Academy of Neurology’s annual meeting found that stroke rates in Finland are 8% higher, on average, in the two days following both time changes—spring and fall—compared to the two weeks before or after.

Older adults, and people with cancer, seemed to have the most increased risk during this time. Disturbed sleep patterns can contribute to high blood pressure and poor mental health, says Dr. Kumar (who was not involved in the studies mentioned here), both of which are risk factors for heart attack and stroke.

Health.com: 8 Ways to Fake Being a Morning Person

Fatigue and “cyberloafing” are rampant

Lost sleep can have more obvious health effects, as well—like fatigue and decreased productivity at work. In fact, Google searches for entertainment content (specifically the terms “YouTube,” “videos,” “music,” and “ESPN”) rise sharply on the Monday after the spring time change, according to a 2012 study in the Journal of Applied Psychology, suggesting that sleep deprived employees are spending more time “cyberloafing,” or using the Internet for personal use while pretending to do work.

High school students may be particularly vulnerable to Daylight Savings-induced sleep loss, says Dr. Kumar, since their internal clocks make it difficult for them to shift their sleep patterns an hour earlier. A 2015 study in the Journal of Clinical Sleep Medicine found that teens lost significant sleep after the spring time change, and showed increased sleepiness, delayed reaction time, and more lapses in attention on subsequent days. This is concerning not just for academics, but also for teen drivers’ safety behind the wheel. In fact, several studies have reported increases in fatal automobile accidents in the days following the spring time change.

For people who get cluster headaches, a rare but extremely painful disorder, attacks often occur around seasonal changes, especially after increases in warmth and light. Some people report increases around Daylight Saving Time changes (in the spring and the fall), or around the summer and winter solstices—the longest and shortest days of the year.

Depression diagnoses rise in the fall

In the fall, losing an hour of evening light can be a serious downer, and a 2016 study published in Epidemiology found that depression diagnoses actually increase in the month following the shift back to standard time. (No increase or decrease was associated with the spring time change.) “The amount of daylight you’re exposed to really can have an impact on mood and depression, especially for people with seasonal effective disorder,” says Dr. Kumar. Spending time outdoors during daylight hours, even a quick walk in the morning or at lunchtime, may provide some protection. 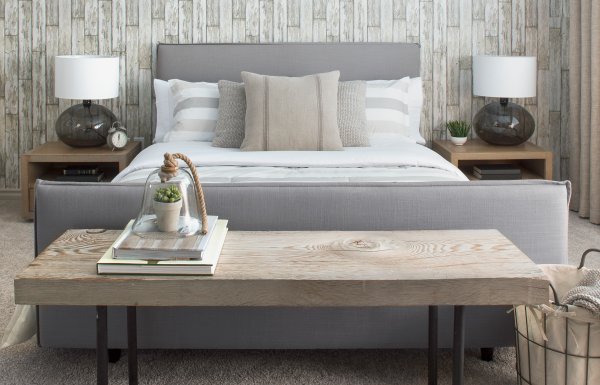 Why Do I Feel Sleepy Until the Moment I Get in Bed?
Next Up: Editor's Pick