Nike will start selling a hijab for Muslim female athletes.

CNN reported that the athletic brand began working on the performance hijab after female athletes complained about wearing head scarfs during competition. Nike’s version of the hijab — called the “Nike Pro Hijab” — adheres to the Muslim tradition, but features breathable holes that will make it more comfortable to wear for physical activity.

Read More: I Should Be Able to Play Basketball in a Hijab

According to CNN, figure skater Zahra Lari is already sporting Nike’s new design. “I was thrilled and a bit emotional,” Lari said in a statement to CNN. “I’ve tried so many different hijabs for performance, and … so few of them actually work for me. But once I put it on and took it for a spin on the ice, I was blown away by the fit and the light weight.”

Wearing the headscarf during athletic events has been a subject of discussion in recent years. At the 2016 Rio Olympics, Ibtihaj Muhammad became the first American woman to compete in a hijab. 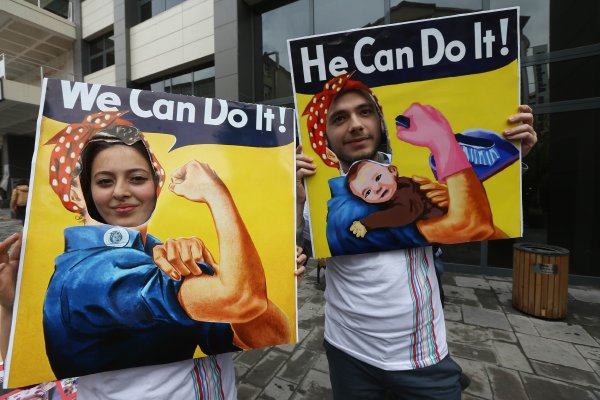 How Countries Around the World Are Celebrating International Women's Day
Next Up: Editor's Pick