Sen. Rand Paul answers questions from the media after speaking to students at Western Kentucky University on Monday, Oct. 3, 2016, in the Grise Hall auditorium in Bowling Green, Ky.
Austin Anthony—AP
By Katie Reilly

The health care plan released Monday by House Republicans has drawn criticism from many of the party’s owm lawmakers.

Some GOP legislators and conservative groups — including Heritage Action, Americans for Prosperity and the Tea Party Patriots — have spoken out against aspects of the drafted legislation. Several have called for an immediate repeal of the Affordable Care Act, while others have critiqued the proposal’s effects on Medicaid.

Here are the Republican legislators who have criticized the new plan:

Kentucky Sen. Rand Paul
Paul has been one of the more outspoken critics about the plan, repeatedly calling it “Obamacare Lite” and warning that it won’t pass.

“Conservatives don’t want new taxes, new entitlements and an ‘Obamacare Lite’ bill. If leadership insists on replacing Obamacare with Obamacare-lite, no repeal will pass,” they wrote in the column. “Nobody wants Obamacare repealed more than we do. We think the only way to repeal Obamacare is to separate repeal from replace.”

Texas Rep. Louie Gohmert
In a Fox News interview with Sean Hannity on Monday, Gohmert criticized the new plan as “another entitlement program.”

In a letter to Senate Majority Leader Mitch McConnell on Monday, all four senators criticized the health care plan, arguing that it lacks protections for Medicaid. They wrote that the plan fails to “provide stability and certainty for individuals and families in Medicaid expansion programs or the necessary flexibility for states.”

The four senators, who said they support repealing the Affordable Care Act, said they won’t support a plan that doesn’t include that stability or flexibility.

Virginia Rep. Dave Brat
Brat said he would not support the bill in its current form.

“Now [they] are saying we’re going to do repeal and replace but the bill does nothing of the sort,” he told Politico. “[Speaker] Paul Ryan has always said the entire rationale for this bill is to bend the cost curve down, and so far I have seen no evidence that this bill will bring the cost curve down.” 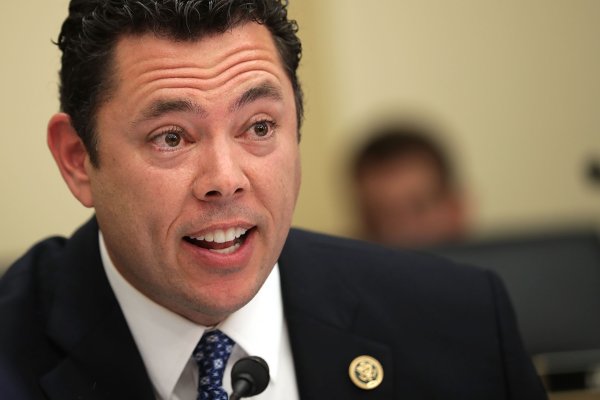 Republican Lawmaker: Buy Health Insurance Instead of a New iPhone
Next Up: Editor's Pick