How Countries Around the World Are Celebrating International Women's Day

On Wednesday, the world will be celebrating women.

While International Women’s Day is a global holiday, celebrations vary depending on what part of the world you’re in. In some countries, the holiday looks remarkably similar to Valentine’s Day, with women receiving flowers and gifts from the men in their lives. In others, women will take to the streets to demand real policy changes—particularly in nations where women’s rights are newly under threat.

Here’s how the international community plans to celebrate March 8:

In the U.S., women will go on strike in what is billed as “A Day Without A Woman.” The day is billed as one of protest and advocacy for gender equity organized by the activists behind the Jan. 21 Women’s March on Washington. The protest hearkens back to the first women’s day when, in 1908, women marched for better working conditions. Three years later the tradition was exported to Europe, where women in Germany, Austria, Denmark, and Sweden protested for similar causes.

In Argentina, Womens’ Day is marked with the traditional giving of flowers and gifts, but this year activists will also be joining in the international strike.

The same will be true this year, with women on both sides of the Atlantic marching for their rights. Irish women will mark the day with a strike in protest against the eighth amendment of the Irish Constitution, which bans abortion. “Strike4Repeal,” as the day of action is called, hopes to pressure the government into calling a referendum on the constitutional ban.

“International Women’s Day celebrates the history of women fighting for economic, political and reproductive rights, and we are continuing this fight,” says Ailbhe Smyth, Convenor of the Repeal the Eighth Coalition. “We will not sit by as they decide what rights and freedoms we should have over our own bodies, our lives, and our futures.”

The Irish movement draws inspiration from protests in Poland, where women took to the streets in huge numbers to successfully prevent their government from passing harsh abortion laws last year. Women’s day brings Polish women to the streets once more, this time protesting the “cumulative oppression” of laws governing women’s bodies.

London hosted a more peaceful women’s march on Sunday that was attended by the mayor, Sadiq Khan. British women will wear red in honor of the holiday on Wednesday, with demonstrations planned outside parliament and the National Gallery to rally against gender bias in the art world.

In Scotland, Prime Minister Nicola Sturgeon will host 400 women from around the country in the Scottish Parliament on Wednesday. Sturgeon, an ardent advocate for women’s rights, has prioritized having a gender-balanced cabinet and argues that the future of the women’s movement relies upon improving the affordability of childcare. “It’s a source of frustration that, decades on from legislation that was supposed to pave the way for equality of the sexes, too many gaps remain,” she writes in the Guardian.

Subscribe to the Broadsheet, Fortune’s newsletter for powerful women.

In Italy, women will enjoy free entry to the country’s museums and cultural sites, which will devote themselves to exhibitions that “celebrate the feminine world” by highlighting art by and about women. The official Instagram account for Italian museums is sharing art by women of all walks of life, as “saints and prostitutes, goddesses and commoners, intellectuals and artists, actresses and martyrs, writers and poets, mothers, Madonnas and revolutionaries.”

In Russia, where Women’s Day is a century-old holiday that trumps Valentine’s Day in importance, men will be rushing to arrange at times extravagant celebrations for the women in their lives.

In Armenia, March 8 marks the start of an unofficial “Women’s Month” that culminates with a “Motherhood and Beauty Day” on April 7.

In the Gaza strip, Hamas banned any celebration of the holiday, which is a nation-wide celebration in the Palestinian National Authority.

In Turkey, women ignored a government ban against a Women’s day protest on Sunday, when they marched against the country’s increasingly repressive environment and its poor regard for gender equality. Police fired rubber bullets into the peacefully protesting crowd. Saudi Arabia

China has long celebrated Women’s Day, though lately the holiday has taken a more commercial bent, largely eschewing the issues the holiday was created to support. Last year, men celebrated the event by donning dresses and high heels to hike up a mountain in Guangdong Province, and five female activists were arrested for planning a protest against sexual harassment. 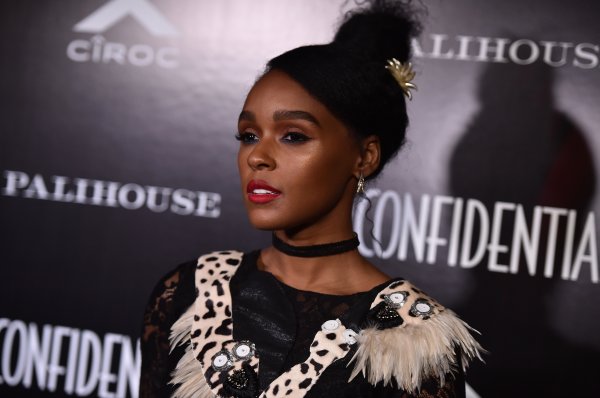 Janelle Monáe Made a Powerful Point About Period Shaming
Next Up: Editor's Pick